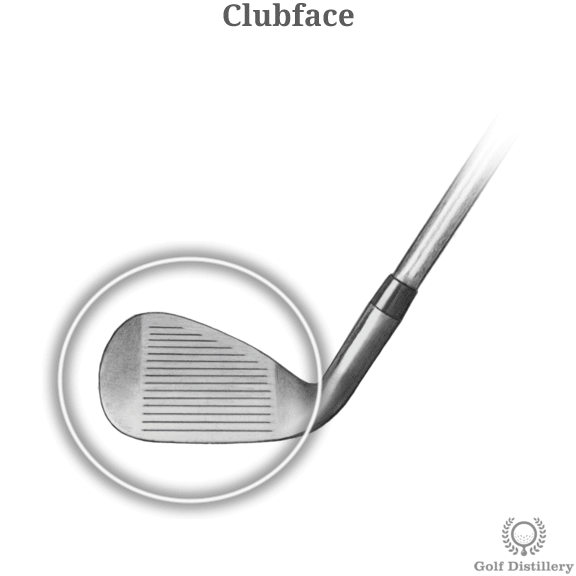 Located at the front end of the clubhead, the clubface – or face of the club – consists of a flat surface that is meant to strike the ball. The angle at which that surface is inclined, called the loft, varies from club to club; the putter will see a completely flat face while a wedge will see a pronounced angle that will send the ball on a high flight path. 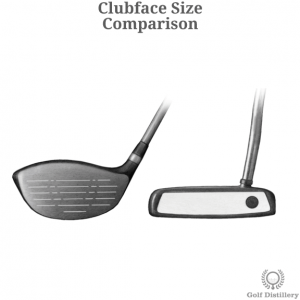 Depending on the type of club the size of its clubface can vary significantly.

For example on a putter, the clubface is very short yet golfers don’t encounter difficulty hitting the ball, thanks to the fact that the putter is a club that moves very slowly and on a tight arc close to the ground.

On the other end of the spectrum, the driver is a club whose head is located away from the golfer (thanks to its long shaft) and which moves very fast along a wide arc. As such and in order to give golfers a chance to hit the ball well reliably, club manufacturers offer drivers with big expansive club faces, much bigger than those found on other clubs. 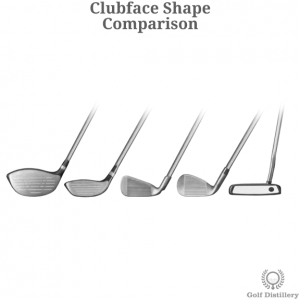 In relation to the different sizes found on golf club faces, the shape of those varies as well dramatically from club to club. Again and for reasons similar to the point above regarding size, a driver will sport a face that is wide in both directions, vertical and horizontal.

On the putter, since the club is kept low to the ground throughout the swing, it does not benefit from a tall (vertical) clubface, only from a long (horizontal) one. Because fairway woods are to be used without the benefit of a tee in some circumstances, the shape is that of a low and wide clubface, allowing the club to get to the ball as it rests on the ground.

Finally, irons and wedges sport squarer shapes in their clubfaces, allowing the ball to be struck well if it lies on the ground but also if it sits high on a fluffy lie.