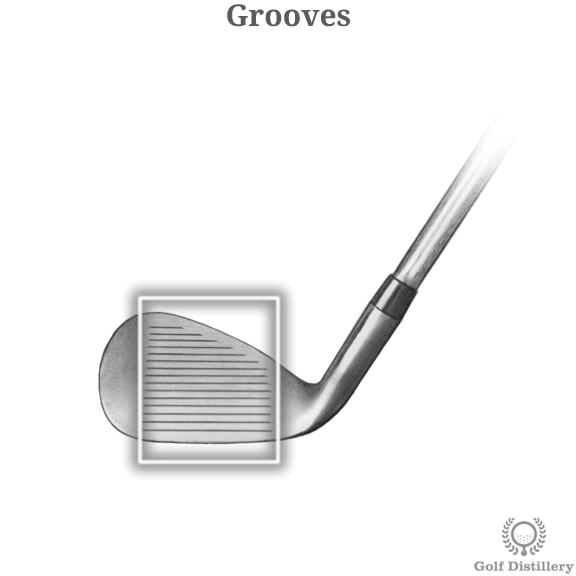 Grooves are generally horizontal and parallel indentations made into the clubface which serve to delimit the surface of the club that is meant to actually strike the ball. Indeed, the sweet spot will always be located somewhere within the area delimited by grooves.

Mainly and thanks to their gear-like appearances and function, grooves allow control and spin over the golf ball, especially backspin. 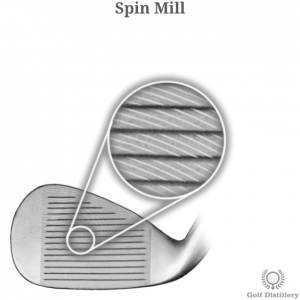 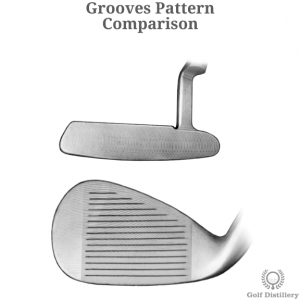 Although most clubs will feature linear grooves club manufacturers have ventured out into more elaborate designs.

For example, the club maker Scotty Cameron famously uses a deep groove process that applies circular indentations into the face of its putters.

In another instance, Vokey wedges feature spin milled indentations that are also circular in appearances and which are meant to complement the more traditional and linear grooves found on the clubface.

Shapes of Grooves: U vs V shapes

In a recent ruling, the USGA has put limitations on the shapes of grooves sanctioned for use in tournament play. Basically, deep square U-shaped grooves are no longer allowed. Instead, golf manufactures are instructed to use rounded corner designs when grooving the clubface of their clubs.

Some club manufacturers are also experimenting with varying groove designs within a single line of clubs. In those, the shape of a groove of a pitching wedge will not match exactly that of a gap wedge, a sand wedge, or a lob wedge. Mizuno is an example of such manufacturers, releasing their JPX line of wedges with varying groove shapes. While all grooves must have rounded edges, club manufacturers are still relatively freer in determining the depth and width of the grooves.