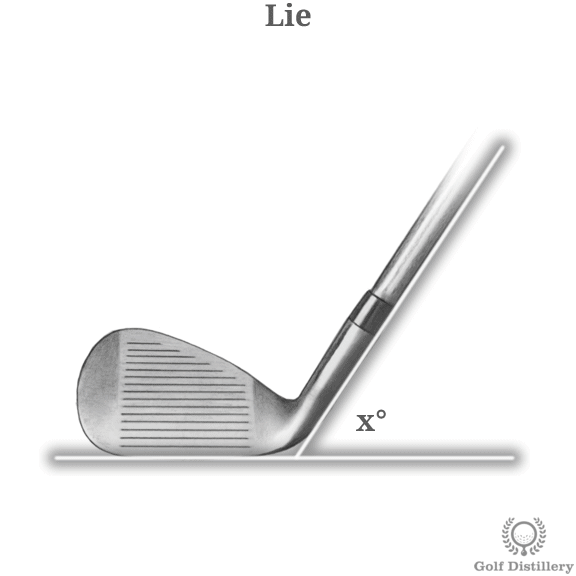 The lie of a club is the angle formed by the intersection of the line of the shaft and the line of the ground when the clubhead is resting flat on the ground. That angle number is located between 0 and 90 degree and varies from club to club. Indeed, it will generally be smallest in the driver and much larger for a short wedge such as a lob wedge. The putter – with its shaft almost perpendicular to the ground in some instances – has the largest lie angle at close to 90 degrees.

Lie can also refer to the environment in which the ball finds itself, the ball or shot lie.

It can also refer to the number of strokes a player has taken up to a point on a given hole. Indeed, a golfer who is said to be lying 4 shots during a hole will have struck the ball 4 times already (penalty strokes non-withstanding). 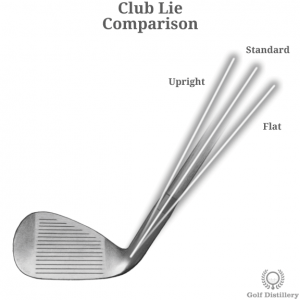 Bag-wide lies can also be personalized for golfers of particular builds – such as very tall golfers – in a custom-fitting process.

For example, a tall golfer who stands tall at address may find it more natural to have clubs whose lofts are a few degree more upright than they normally would.

Famously, the club manufacturer Ping has a color coding system for these custom lies. At one end of the spectrum is the Gold dot with a 3.75 degree flatter lie and at the other end is the Maroon dot with a 4.5 degree upright lie. Likewise, a shorter golfer will likely be more comfortable using clubs whose lies have been made flatter – less upright – they he would using normal, standard lie clubs.

Importance of Using Clubs with the Correct Lie 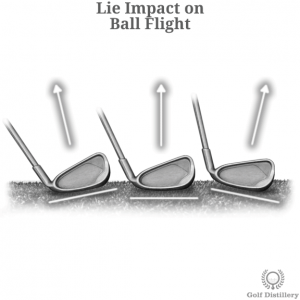 Using clubs with the correct lies can prove crucial when working to maximize the chances of hitting the ball straight.

Indeed, a club that is too upright for its golfer will see its toe lift from the ground instead of laying flat and as a result balls struck with it will tend to go left of the intended target.

On the other hand, clubs that are too flat for its golfer will see the heel lift from the ground and balls struck will tend to go right of the intended target.

More on: How the lie of your club impacts your golf shots 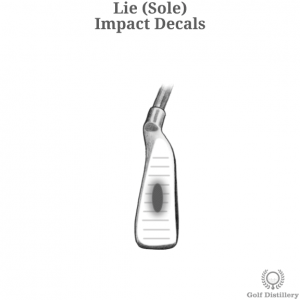 Although determining whether your club is laying flat or not can be visible at address, it is visually impossible to assess in real time how the club lies at the actual moment of impact.

Alternatively, some golf shops sell impact boards that themselves leave a temporary mark on the sole of your clubs, without the need for impact decals at all.