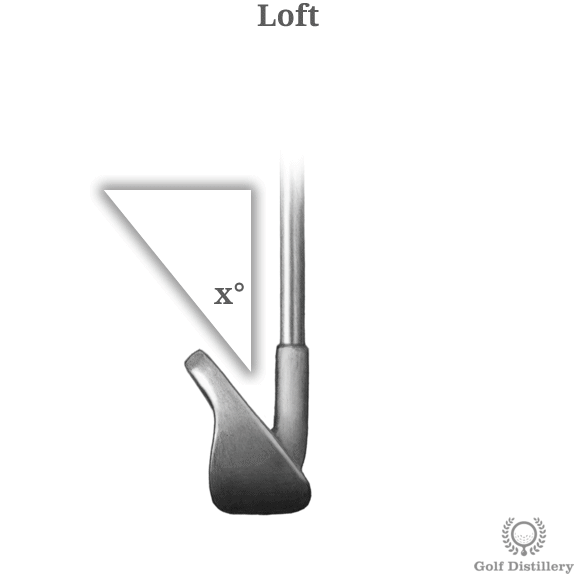 The loft of a club is the angle formed by the intersection of the line of the clubface and the line of the shaft. Each club found in a golfer’s bag will have a different loft angle, usually ranging from 8.5° for a driver with a low ball flight up to around 60° for a lob wedge. The putter will usually have a loft angle that is close to 0° which translates into a near vertical clubface.

Relation Between Loft and Ball Flight 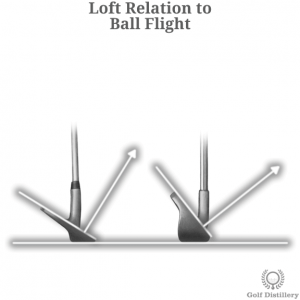 Simply stated, as the loft increases so does the angle at which the ball will be sent.

Or in other words, a club with a high loft will send the ball on a steep angle up into the air whereas one with a low loft will send it on a more gentle climb. However, that is not to say that a driver – whose loft is quite low at around 10 degrees – can’t send the ball high into the air but simply that the ball will travel a long distance before reaching its maximum altitude.

In contrast, a ball struck with a 60 degree wedge will climb in altitude very quickly after being struck, at the considerable cost of total distance from where it was hit.

There are no official guidelines pertaining to the relationship between a club number and its associated loft. However, the following table gives a general idea of where specific loft angles will be found in a golf bag.

In response to the absence of guidelines that would govern what loft range is associated with what specific club, manufacturers have been left free to tinker with those. As a result, there are considerable differences found in the marketplace between club manufacturers, and even between the same line of clubs, based on what year they were released.

Indeed, since golfers remain forever interested in ‘hitting it long’, manufacturers have used the sales tactic of offering clubs with skewed loft ranges. For example, a golfer hitting a conventional 5-iron approximately 170 yards can find on the market a new 5-iron club that he can hit 180 yards, 10 yards more. The reason for the increase in distance? That new iron will not have the loft conventionally associated with a 5-iron but will rather use one normally associated with a 4-iron. 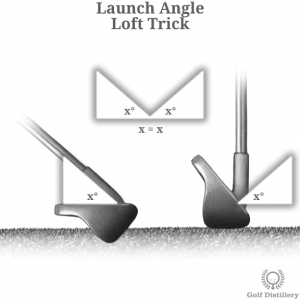 There are occasions where a golfer will find his ball in a lie that will require a specific angle for his next shot in order to clear an obstacle, or to stay below an obstacle.

For example, a golf ball resting in a bunker next or near its lip will need to climb up quickly in order to clear the lip in question. Or a ball found below a low branch will need to travel some distance forward before it is free to climb up into the air.