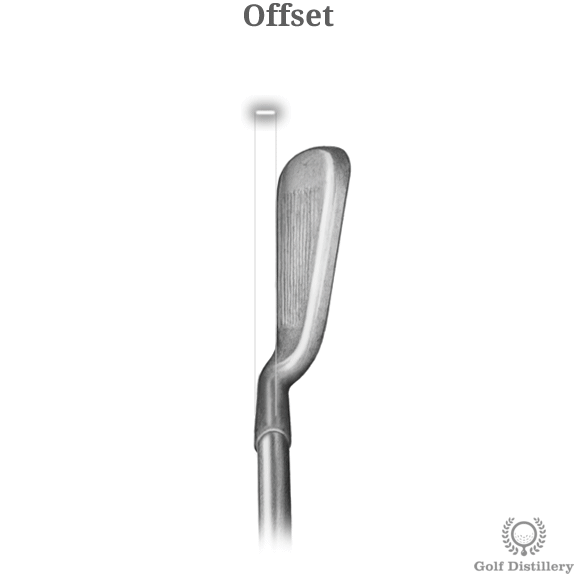 Offset refers to the position of the clubface in relation to the shaft of the club, specifically when the face is pushed back instead of being positioned in line with the shaft. A club with offset will feature a hosel that is located in front of the line of the clubface whereas a club with no offset will see the hosel become the heel of the club on a direct line or very close to one.

Clubs with offset are meant to be more forgiving to golfers who have a tendency to slice the ball.

Why are clubs with offset more forgiving?

The guiding principle behind the introduction of offset in clubs is the fact that average golfers have a difficult time bringing the clubface to a square position at impact. Rather, hands are not brought in quickly enough, leaving the clubface open at impact, which leads to slices.

Offset, in the form of pushing the clubface back slightly, was introduced to add fractions of a second before the club strikes the ball, giving more time to the golfer as he hurries to bring the clubface to a square position for the impact.

What’s the downside to having offset?

While offset may help average golfers get the clubface square at impact very good golfers will not need that extra help. Rather, they will prefer no offset at all which will give them total control when striking the ball, allowing for the precise shaping of various shots.