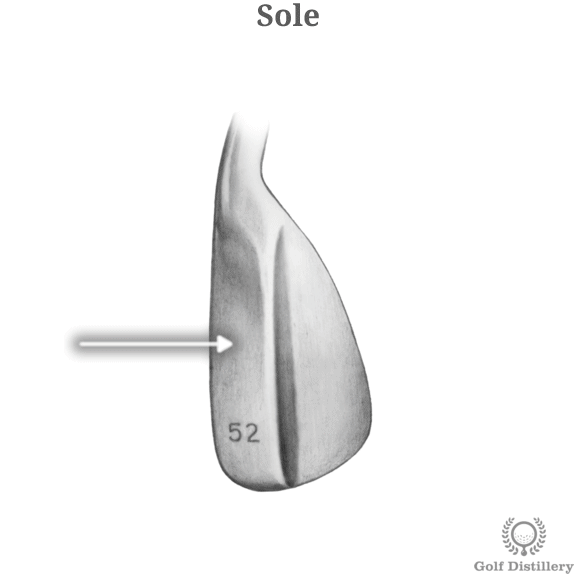 The sole is located at the bottom of the clubhead and consists of the area located between the heel and the toe, and between the leading and trailing edges. The marking or engraving that identifies the golf club in question will usually be found on the sole of the club. In other cases, the name of the club manufacturer would also be found herein. 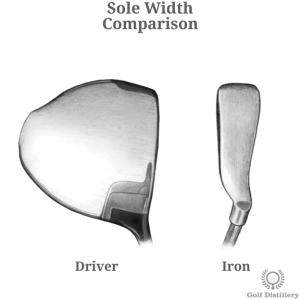 The width of the sole depends largely on the type of club in question.

For example, a driver will have an immense sole compared to that of a putter. But for the same club – for example a 3-iron – the width can also vary from club manufacturer to the next.

Blade-type clubs (or musclebacks) will generally feature soles that are much thinner than their cavity back equivalents. 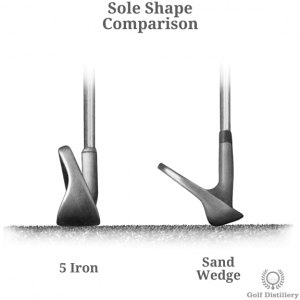 Soles can also be found in different shapes and not only in their perfectly flat version. For example, a sand wedge will feature a sole that is angled towards the ground rather than resting flat against it.

This is especially true for sand wedges that have high bounce. How a sole is shaped will impact how the club will be used and under which condition it will perform best.

For example, a club whose sole is perfectly flat will make it difficult for the club to bounce off the sand for a bunker shot and will have a tendency to dig into the sand instead.