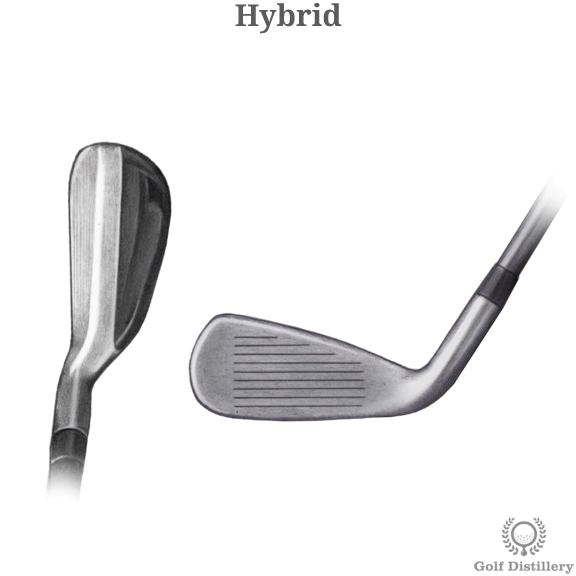 Hybrids – also called utility clubs, rescue clubs, or rescues – are golf clubs that were introduced by Taylor Made at the turn of the century as an entirely new category of clubs.

Their purpose is to bridge the gap between woods and long irons by combining the strengths of each. Notably, they typically feature woods-type bigger heads but retain shorter shaft lengths of traditional irons, a combination that is proving easier to hit than the long iron alternative.

Hybrids have since established themselves as good alternatives to the longest irons, oftentimes replacing the 3-irons and 4-irons in the bags of golfers. 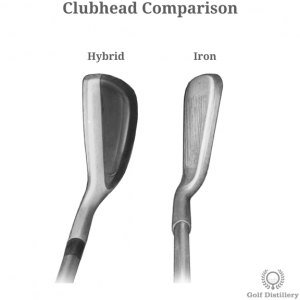 Hybrids send the ball on a higher trajectory than irons with comparable loft. How? In short, thanks to the altered center of gravity. In traditional iron club designs the center of gravity of the clubface is positioned right next to the ball. 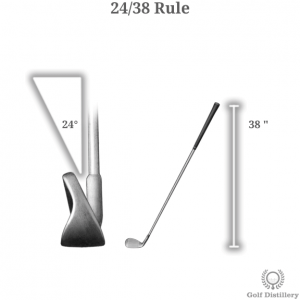 The rule – popular among club designers – states that golfers with average abilities are unable to reliably hit a club that is longer than 38 inches or has less loft than 24 degrees. Or in other words, long clubs with flat club faces are hard to properly hit, at least as far as average golfers are concerned.

This rule takes aim at irons, specifically at the 3-iron and 4-iron who have lofts smaller than 24 degrees and are longer than 38 inches. This rule helps explain why the hybrid category of clubs is creeping into the long irons and replacing them in golf bags everywhere.

Because hybrids have bigger heads golfers are having an easier time hitting them than they do traditional long irons.

Most – if not all – golf club manufacturers now offer hybrids either as part or in addition to a regular set of irons.

What Clubs Do Hybrids Replace?

Hybrids are meant to replace long irons. So whereas a traditional set of irons would feature clubs from a 3-iron (even 2-iron) all the way to a 9-iron, modern sets now might feature 2 hybrids. These would take the place of a 3 and 4-irons.

Why Use Hybrid Golf Clubs?

Generally speaking, hybrid golf clubs are easier to hit and more forgiving than longer irons and fairway woods. Indeed, their smaller heads allow them to reach a ball buried in rough better than a fairway wood would. Also, they feature larger club heads than their long irons equivalent and as such feature a larger sweet spot.

Finally, since they feature more weight towards the base of the club and behind the clubface they allow golf balls to be sent on a higher ball flight, allowing for less roll upon landing.

Should You Buy a Hybrid?

Yes, most amateur golfers can benefit from having at least one hybrid in their golf bag. If you are still using a 3-iron and don’t yet have a hybrid you should consider swapping that club for one. You will find that hybrids are easier to hit, are more forgiving and land more softly on the green when compared to your old 3-iron.

How to Hit a Hybrid Golf Club?

You would hit a shot using a hybrid much like you would using a long iron. The ball should be positioned a little ahead in your stance in contrast to a center position.

How Far Can You Hit a Hybrid?

You should expect your hybrid to hit balls about the same distance as the iron it is replacing. Indeed, the loft will be similar but you should expect the ball flight to be higher, resulting in less roll.