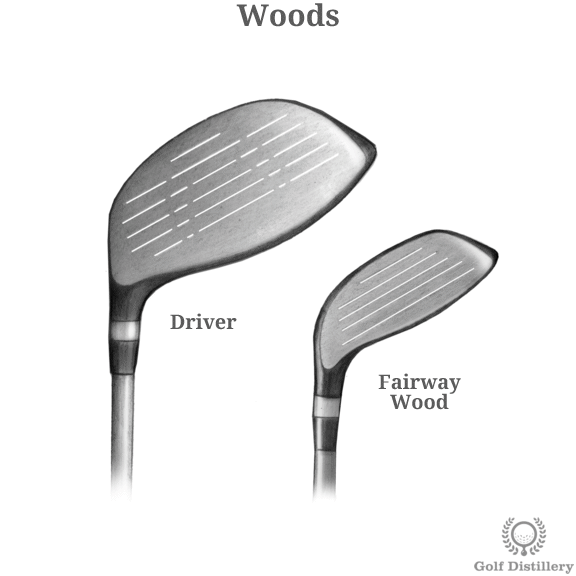 A category of golf clubs that includes the driver and the fairway woods. Compared to the other types of clubs woods are longer and feature bigger and rounder clubheads that are designed to shoot the ball over long distances.

A typical golfer will usually make room for three such clubs in his bag, and the classical makeup of those would be the 1-Wood, also known as the driver, a 3-Wood and a 5-Wood, although that varies greatly from one bag to the next. Indeed, some golfers – especially ladies – will opt to carry more than three and will make room for a 7-Wood and even a 9-Wood, in addition to the others. Conversely, golfers whose ball striking is long enough might prefer to swap a high number wood for an extra wedge instead, for example. 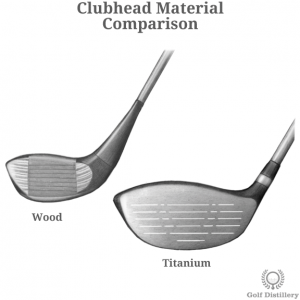 Initially, woods were made from a variety of hard wood called persimmon. Then in the late 1970s metal woods were introduced via the “Taylor Made” which was conceived by club designer Gary Adams.

Nowadays, most drivers are made from the light and strong metal titanium, which allow for significantly larger clubheads while keeping the weight in line with what is allowed. For their parts, shafts were historically made out of wood before metal was introduced. However, most modern wood shafts are made from graphite.