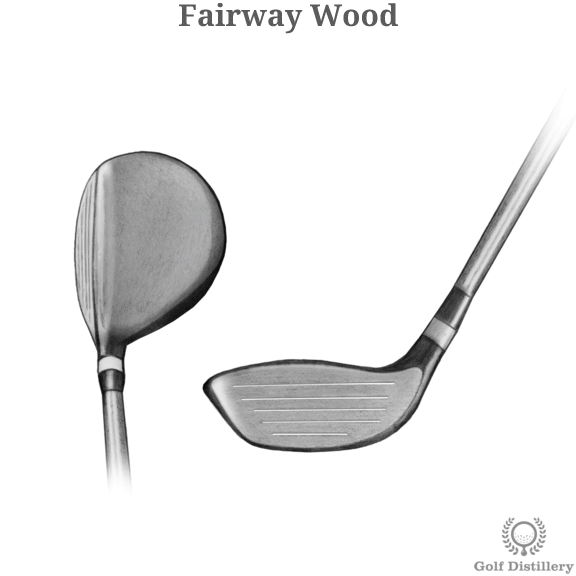 The fairway wood represents a category of golf clubs that is found within the woods category, alongside the driver. It designates a collection of clubs that sport both a smaller head and a shorter shaft than the driver while still keeping the general appearance of a wood with a larger round-type head, in contrast to irons. Typically, they are used for the first stroke on short par-4s or long par-3s, and otherwise for the second stroke on par-5s or long par-4s, hence the designation of fairway in the name. The loft angle of a 3-wood would vary around 15 degrees whereas it will vary between 18 and 21 degree for what would be a 5-wood. 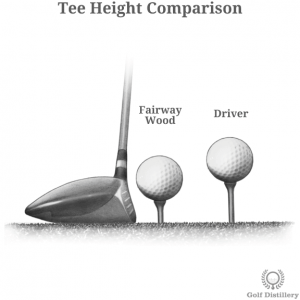 In contrast with the driver, the fairway wood features a flatter clubface which offers a sweet spot that is located closer to the ground. As a result, a golfer will be careful to place the tee on a lower position than he would with a driver when hitting it off the tee box. If he does not he risks skying the ball, or sending it straight up towards the sky at the considerable expense of distance.

Hitting from the Fairway 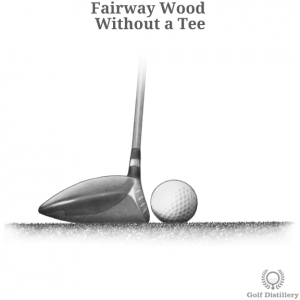 Thanks to the position of their sweet spots – located close to the ground – fairway woods allow golfers to strike the ball over great distances even when away from the tee box, such as on the fairways or in the rough. Some golf club manufacturers have even made that feature central to their club design, such as Adams Golf, famous for their “Tight Lies” product line of fairway woods.

How to Hit a Fairway Wood

Much like you would when using a driver you will likely want to take a wider stance when using a fairway wood. This will give you a more stable foundation on which to build your swing. The ball should be positioned a little forward in your stance as that will promote hitting up on the ball at impact. Next, you’ll want to follow the low and slow swing thought, as well as making sure your wrists don’t hinge too early and instead use a wide backswing.