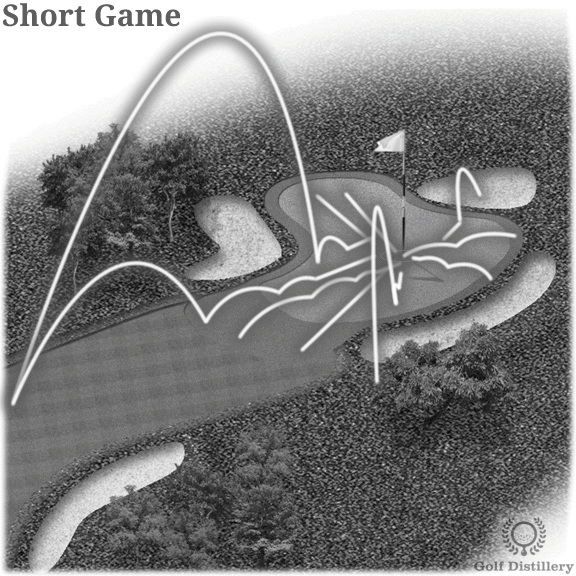 The following terms refer to shots that belong to the short game category and are defined below: 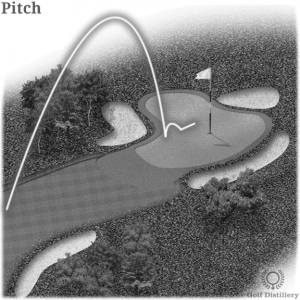 A pitch shot is a type of approach that is executed when a golfer uses a high lofted club to hit the ball high in order to have it land softly on the green.

Classically and as hinted by the name, pitch shots are performed using a pitching wedge, although that is certainly not a hard restriction.

More on: Golf Tips on Pitching 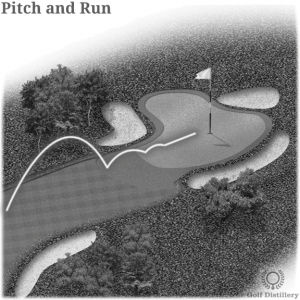 A pitch and run shot is executed when a golfer restricts the elevation of his pitch shot in order to have the ball land sooner before rolling a good distance towards the hole.

This type of shot is particularly helpful under very windy conditions.

It is also helpful when the ground is quite hard – such as that found in Scotland – where the ball will bounce off and roll instead of landing softly near its landing spot. 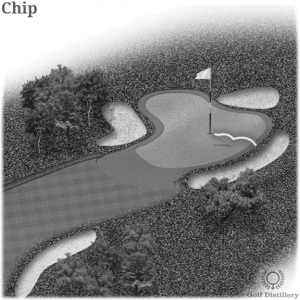 A chip shot is executed when a golfer’s ball is located on grass and close to the green. In order to execute a chip golfers will usually use a high lofted club – such as a wedge – to pop the ball onto the green from where it will roll, ideally towards the hole. Because golfers are so close to the green and its hole when they perform a chip, the swing motion is restricted to that of a very short shot. Oftentimes the motion of chip can even resemble that of a putt. 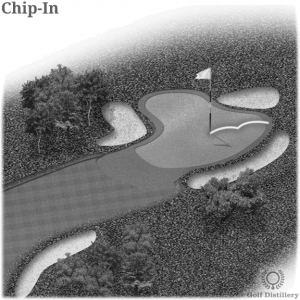 A specific type of chip shot that is so labelled because the ball will travel towards the hole and fall in it after being struck. A wonderful thing, a chip in does not require the golfer to proceed with using a putter at all following his shot from off the green.

Bump and Run | Chip and Run 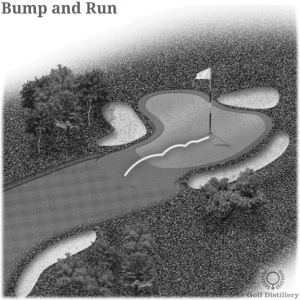 For a bump and run shot, the golfer will hit the ball in such a way as to make it hop a short distance before rolling a good distance afterwards.

Such a shot is executed when golfers find themselves a short distance away from the green, with no trouble areas in the ball’s trajectory after it is meant to land.

More on: How to Hit a Chip and Run 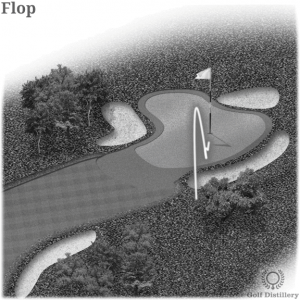 A flop shot – also known as a lob shot – is executed when a golfer hits the ball very high over a very short distance using a high lofted club, such as a lob wedge.

The main goal of these shots is to make the ball come to rest very close to where it landed on the green, or in other words, to make sure the ball does not roll very far after landing on the green.

More on: How to Hit a Flop Shot 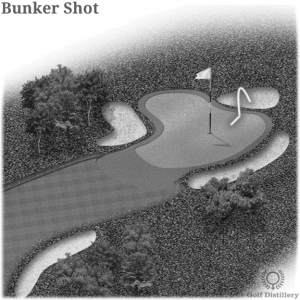 A bunker shot is a type of shot that is executed whenever a golfer finds himself in a sand bunker and is used to get out of it. When the bunker is located next to the green, the shot can be precisely referred to as a greenside bunker shot. For those, a golfer will normally use a high lofted club with a good amount of bounce such as a sand wedge.

Interestingly, a typical greenside bunker shot will see the clubhead travel completely underneath the ball but will never actually come in contact with it. Instead, it is the sand that is located between the ball and the clubhead that will actually push the ball up into the air.

Alternatively, a golfer may find himself needing to perform a bunker shot when far away from the green. Those are called fairway bunker shots and for those a golfer would not necessarily be required to use a sand wedge.

A shot from a sand bunker that sends the ball – and sand – out of the bunker in a dramatic fashion is known as a blast, or an explosion. 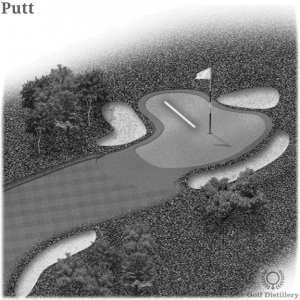 A putt shot refers to any shot that is executed using a putter. Putts are normally used from the green and are normally the last shots used to bring the ball into the hole. 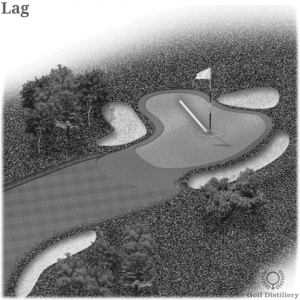 A lag putt is executed when the golfer’s main objective is to bring the ball close to the hole, rather than in the hole. A lag putt is often used when the difficulty of a putt makes it unrealistic to hole the putt in one stroke or when using 2 putts will be enough to win the hole or the competition, for example.

More on: How to control the distance of your putts 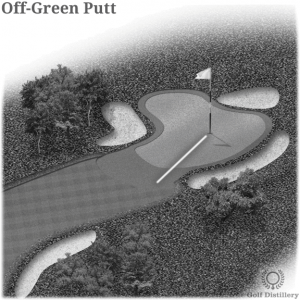 Off-green putting refers to the act of using a putter for a shot when the ball is located outside of the green, such as on the fringe, the fairway or even the rough. When executed, it is often done so as an alternative to a difficult chip. 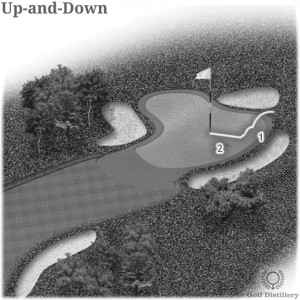 A golfer is said to perform an up-and-down when he executes a two shot sequence of a chip followed by a putt that sends the ball into the hole. In this case, the ‘up’ from the name means to get the ball up onto the green through the chip. The ‘down’ comes from the fact that the ball drops down into the hole following the successful putt. 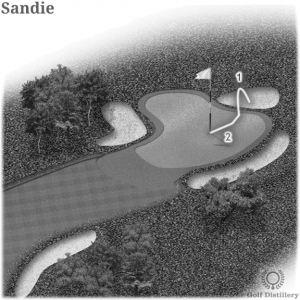 A golfer is said to have performed a sandie – or sandy – when he was able to perform the two-stroke sequence of a bunker shot followed by a putt that sends the ball into the hole.

Such a sequence is comparable to an up-and-down, with the distinction that the first stroke is a bunker shot rather than a chip or otherwise.

In all cases, a golfer that performs a sandie will have limited the damage of finding himself in a hazard. In some cases, it could be said that he has saved his par.