Review the section below for golf terms that relate to the golf setup. 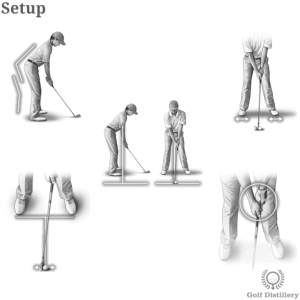 The combination of all aspects related to the way the golfer’s body is positioned relative to the ball, to the club in hand, and to the target before the beginning of a swing. It refers to the golfer’s posture, feet and ball positions as well as the grip of the club, amongst many other things.

Sentence: After deciding on a target line and on a club Jim proceeded with setting up for the upcoming shot. 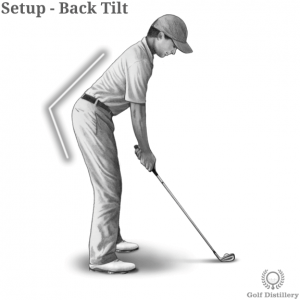 While a golfer will indeed be standing up in order to hit a golf shot he will not be standing perfectly straight. Rather, his back will be tilted forward towards the ball, allowing for the shoulders to rotate, freely moving the arms and hands that hold the club.

More on: How to set your spine at address 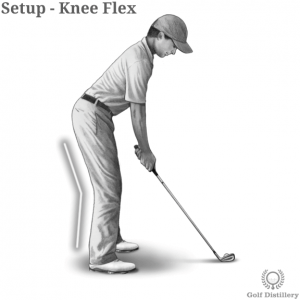 Similarly to other sports, golfers adopt an active stance when preparing to execute a shot. As such, the golfer’s knees will not be locked but will instead be flexed to a degree, steadying the golfer for the upcoming rotating motions of the hips and shoulders.

More on: How to set your knees at address 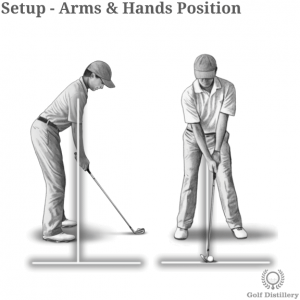 The golfer’s arms will normally be perpendicular to the ground, hanging freely down from the shoulders. For most types of shot, the hands will usually be slightly in front of the clubhead.

More on: Shaft lean tweaks and their effects 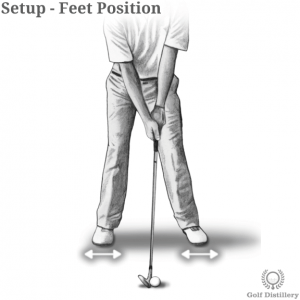 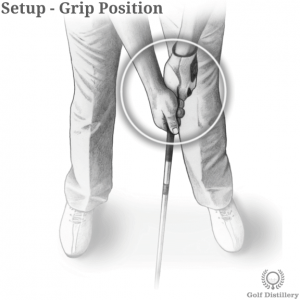 A key component of a golfer’s swing setup is how he’ll actually hold the club in his hands, accomplished through his grip. For clubs other than the putter, there are three main finger placements as well as three categories of grip strengths. 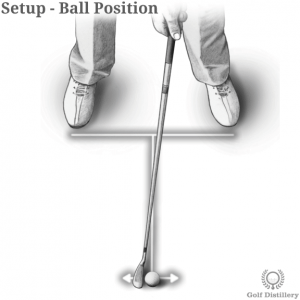 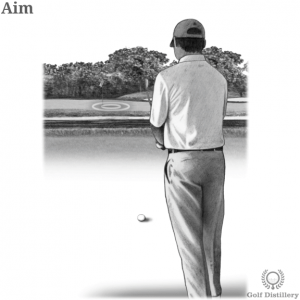 Aim refers to the direction a golfer wants his ball to go, towards the intended target. Before setting up for a shot, a golfer will normally stand behind the ball and analyze the hole ahead and take into account its characteristics and challenges. Based on the club he is holding and the desired landing area he will then choose a target, which he will aim for. In the bestseller “Harvey Penick’s Little Red Book”, the author advises golfers to take dead aim before executing a shot.

Sentence: Rather than aiming for the pin Jim set his aim to the right half of the green in order to avoid the bunker and water hazards to the left of the green. 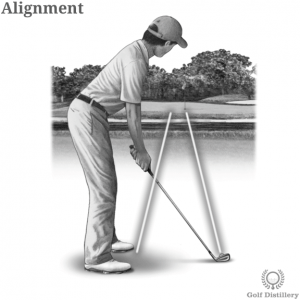 The way a golfer will set up in order for the ball to fly towards the target. For a straight shot, the body – feet, hips, shoulder – will be positioned on a line parallel to that of the target line that is formed by the ball and the target.

Sentence: On the tee box Jim was especially careful in his alignment as he wanted his ball to fly just to the right of that tall tree by the fairway.

More on: How to align yourself at address 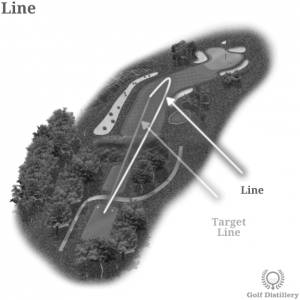 Sentence: Jim’s ball took an aggressive line around the tree but ended up in the middle of the fairway on this dogleg par-4. 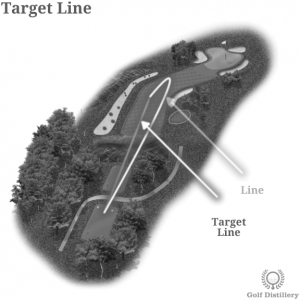 The target line refers to the imaginary line that is formed between the ball and the target.

Sentence: Despite crossing a water hazard Jim remained confident with his chosen target line from the tee box.