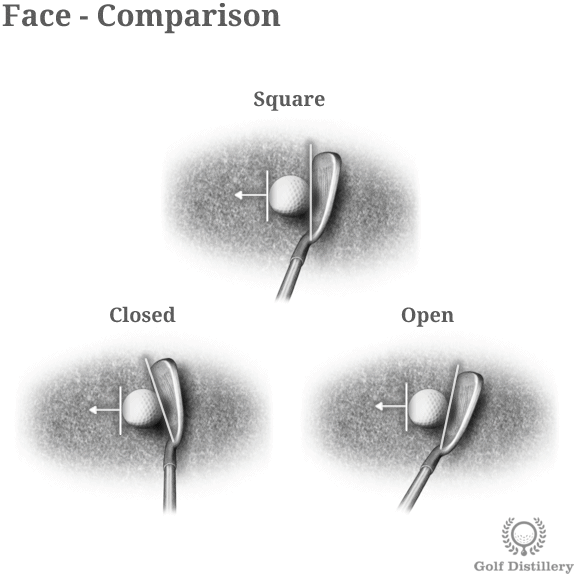 Face refers to the position of the clubface in relation to the target line. There are three types of faces: square, open and closed.

Sentence: Jim made sure to position the face of his club at the right angle for his next shot.

The clubface angle is most responsible for the initial direction of the ball flight, as shown by empirical testing and explained in the new ball flight laws. 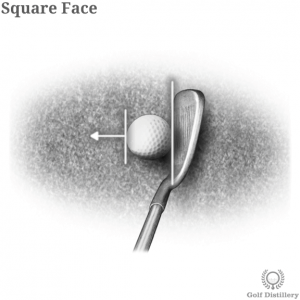 A club that is put down in a square face position will see the target line perfectly perpendicular to that of the clubface line.

Sentence: Jim’s shot went straight to the target, thanks to the square position his club had at impact.

More on: Square clubface and its effect on golf shots

A club that is put down in an open face position will see the clubface aiming towards the outside of the target line, or to the right for a right handed golfer. Open club faces are often used when using wedges in order to augment the loft of the club and ultimately to send the ball on a higher trajectory.

Sentence: In order to increase loft and send the ball very high Jim set up his wedge with an open face.

More on: Open clubface and its effects on golf shots 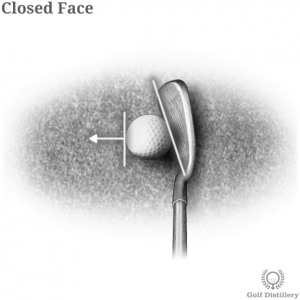 A club that is put down in a closed face position will see the clubface aiming towards the inside of the target line, or to the left for a right handed golfer.

Sentence: Jim struck his ball with a hook which was likely the result of his club hitting the ball with a closed face.

More on: Closed clubface and its effects on golf shots