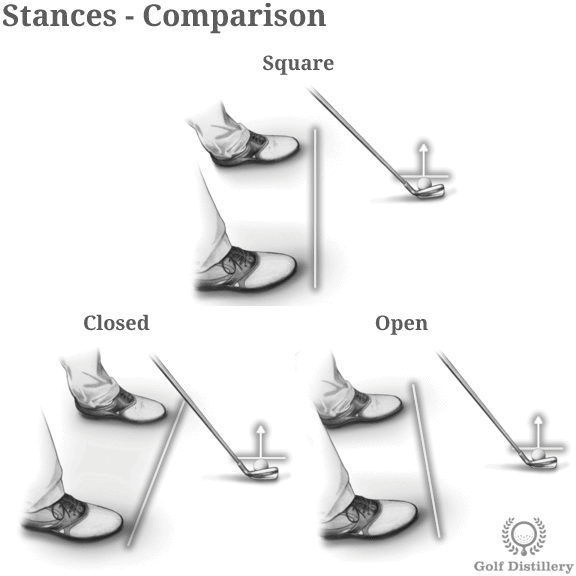 A golfer’s stance refers to the position of his feet in relation to one another and to the ball, before the beginning of a swing. Similarly to the face of the club, a stance can fall within one of three categories: square, open and closed. 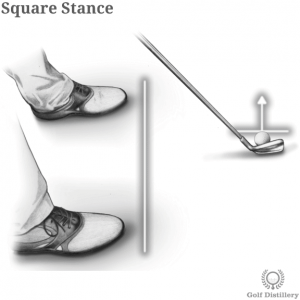 A golfer is adopting a square stance when his feet form a line that is parallel to the target line.

In sentence: Jim carefully studied his upcoming shot, making sure to position his feet in a square stance in order to augment his odds of producing a straight shot.

More on: Square stance and its effects on golf shots 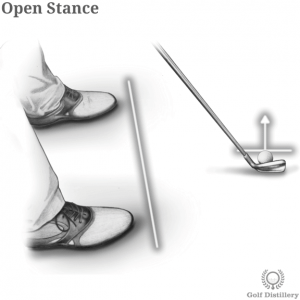 In order to adopt an open stance a golfer would move his left foot back slightly so that his right foot is closer to the target line than his left foot. An open stance can lead to a fade flight path, all other things being equal.

In sentence: For his upcoming shot, Jim took an open stance and opened the face of his club in the hopes of producing a high chip shot from a fully lie.

More on: Open stance and its effects on golf shots 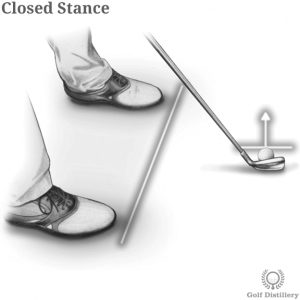 In sentence: Jim likes to adopt a light closed stance on the par-3 hole number 10 since it promotes a nice draw onto the green.

More on: Closed stance and its effects on golf shots