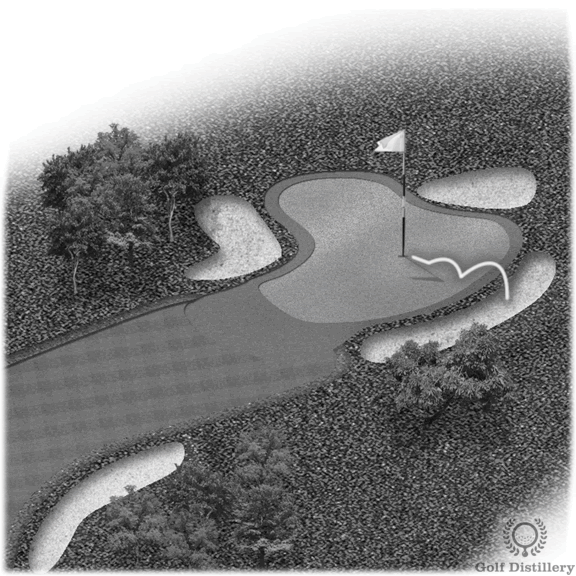 From time to time you will find yourself in a greenside bunker where the hole is located on your side of the green, close to the bunker and ball. This means that you won’t have much green to work with.

Review the tips below in order to master the short bunker shot. Or head over for our tips on how to hit a long bunker shot.

No green to work with

Use the Same Amount of Sand 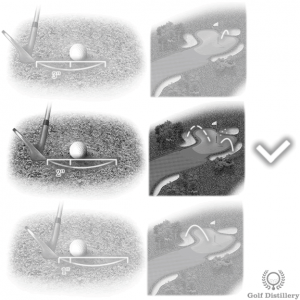 You may have received bunker tips in the past that recommend you to vary the amount of sand you take in order to control the distance of your bunker shots.

This is the same amount of sand that you would take for your typical bunker shot.

Use a Shorter Backswing Instead 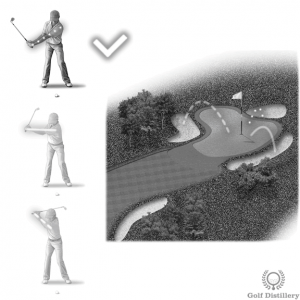 Instead of tweaking the amount of sand you take tweak the length of your backswing instead.

So whereas you would take a full backswing for your normal bunker shot try using half a swing if you have much less green to work with and need to produce a short bunker swing.

The reduction in clubhead speed will translate into a ball that travels a shorter distance.

Still Crucial to Accelerate Through Impact 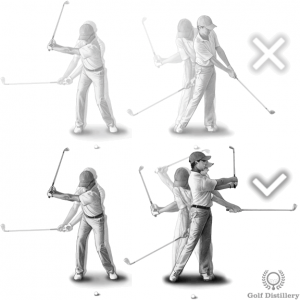 While focusing on the same amount of sand protects you from getting stuck in the sand through taking too much sand you still need to be careful not to decelerate into impact.

Indeed, a short swing that decelerates will most likely produce a ball that gets stuck in the bunker as well. In order to protect from this try to produce a follow through that is twice the length of the backswing.

So while your backswing might be short make sure to accelerate through a good sized follow through.

Other Setup Tips for a Short Bunker Shot 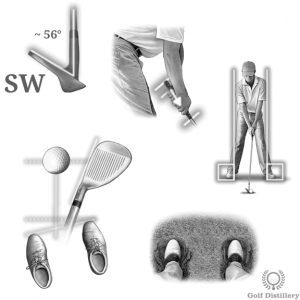 The previous points only dealt with the specific challenges of a short bunker shot. Review the general bunker shot guidelines below in order to correctly execute the shot.