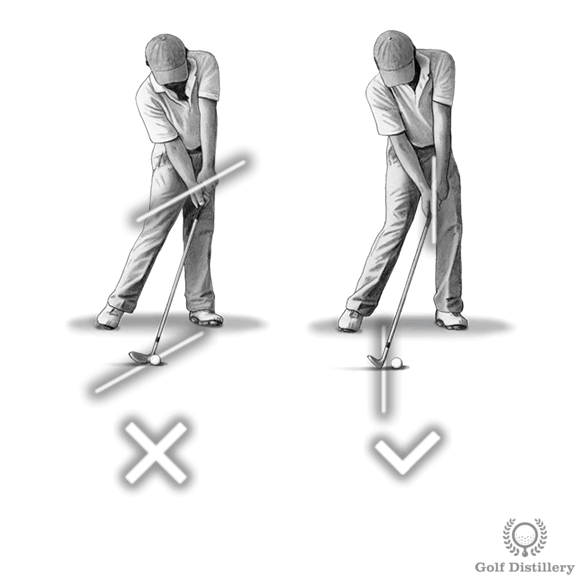 Blocking shots occurs as a result of a club path that is of the inside-out variety. In addition to that club path, the clubface matches the path at impact and will aim at the right, resulting in no favourable draw spin to bring the ball back towards the target.

Ball Starts Right of the Target 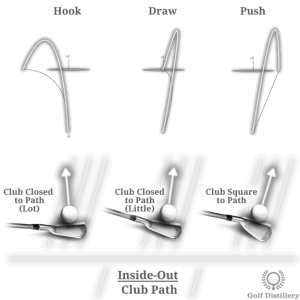 Because the ball will start its flight path right of the target it has no chance of reaching the target unless draw spin is applied.

This variety of spin can only be applied when the clubface is closed to the club path. If that closed clubface is not present, the golfer is left with a blocked shot that has no chance in spinning back towards the target.

Blocked shots are also a problem for golfers hoping to get golf balls to fly straight at the target.

Because they start right, the only way they can reach the target is through a finely tuned draw spin, which can be tricky to apply. And in some instances, trees or other obstructions may render a draw ball flight unavailable.

How to Fix (Stop) Blocking Shots

Make Sure You Are Not Aligned to the Right 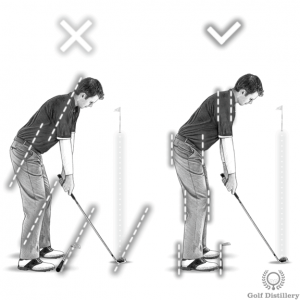 In order to do so, position your feet so that they are aligned parallel to the target line, and that your shoulders, hips and knees are also aligned straight ahead. Finally, make sure that your clubface is aligned perfectly straight at the target.

Get a Square Takeaway 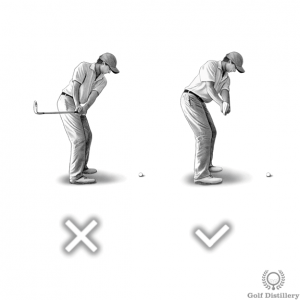 The simplest way to fix blocked shots – in theory – is to fix the path the club will travel on. Indeed because blocking shots are caused by an inside-out club path, the solution will be to replace this club path with the inside-square-inside club path. That ideal club path is set early in the swing, during the takeaway and it features a square takeaway in contrast to an inside takeaway.

A square takeaway is one that sees the end of the grip of the club shooting straight forward when the shaft of the club is parallel to the ground. Striving to reach that desirable position will help in making sure the club is not taken back inside and as a result should fix an inside-out club path.

Or Get your Clubface Closed to the Path 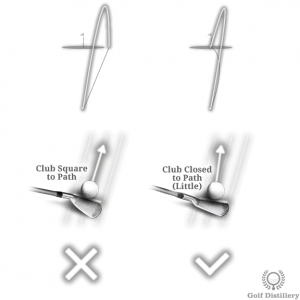 If changing your natural swing/club path is not an option or proving too problematic you may opt to pursue a draw flight path in your golf balls.

This is achieved by striving to get your clubface to be closed relative to your inside-out club path. And you do this by moving to a somewhat closed stance at address or through the strengthening your golf grip. 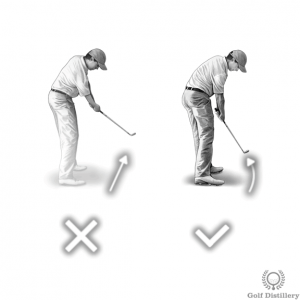 Finally, blocked shots can occur if your hips and shoulders become lazy and do not fully uncoil at impact.

You may want to work on making sure your hips and shoulders fully rotate and are able to bring your club back inside after impact and during the follow through.

This should help square your clubface at impact, and combined with everything else should help produce a straighter shot at the target.

Rotate your Hands to Avoid Blocking