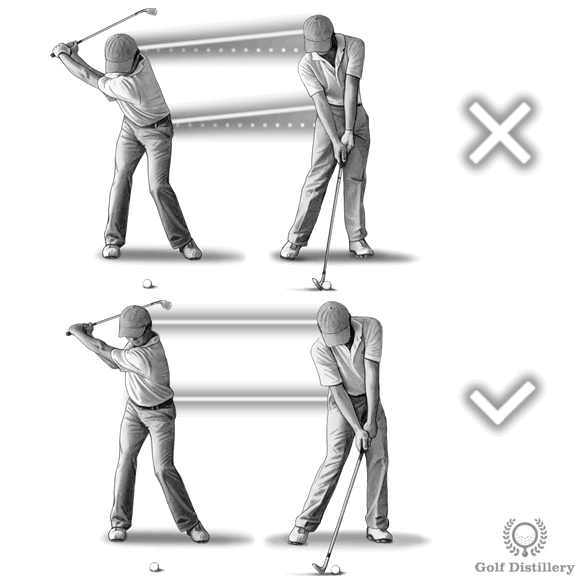 Problems Associated with Standing Up at Impact

Inconsistency – Raises the Bottom of the Swing Arc 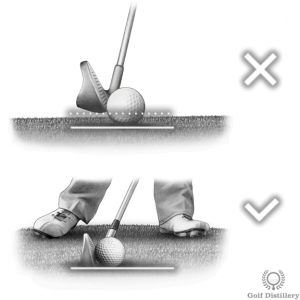 The main issue with rising at impact is that it modifies the bottom of the swing arc, which leads to shot inconsistency. Or at the very least, it adds to the difficulty of hitting the ball on the sweet spot of the club reliably.

Indeed, the sole of the club was laid on the ground behind the ball while setting up for a shot in order to give the golfer an indication of where the ball is and how far it is from the golfer’s hands. If the upper body is to rise before the ball is struck the hands will rise too and they will raise the clubhead and the bottom of the swing arc.

This situation will lead to inconsistent shots, more specifically thin shots that produce no divots and whose ball flight doesn’t climb as high into the air as the loft would normally allow.

How to Stop Standing up at Impact 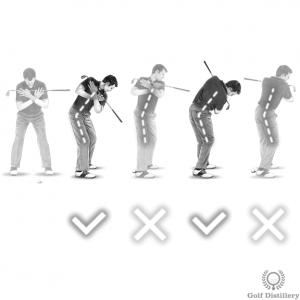 Use this drill in order to help you stop standing up at impact. The first step is to set up as you normally would at address but to hold your club in front of your chest with the grip end pointing straight ahead at the target. Perform a mock backswing and try to point the grip end of the club towards the ball while keeping the spine angle constant.

Now perform a mock downswing and try to point the other end of the club – the clubhead – towards the ball in what would be your impact position. Again, make sure to maintain the spine angle you set at address and during the backswing.

Focus on resisting standing up, which would be visible by your club no longer pointing towards the ground, either during the backswing or crucially during the downswing.

Keep your Head in the Box 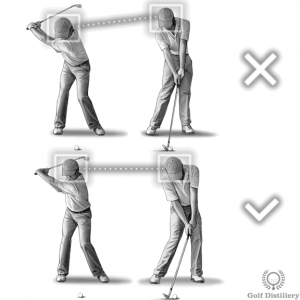 A good way to stop standing up at impact is to focus on your head. Indeed, if the head is not allowed to rise or move at all vertically the upper body will be forced to move while keeping it in place. And in doing so, the spine angle should remain constant throughout the swing, which is one the things being sought.

Another way to help keep the head in the box is to make sure to keep your eyes on the ball throughout the swing and to keep your head trained down at impact. An infamous swing error is to lift your head at impact, consciously or not, in order to have a good look at the ball as it flies off the head of the club.

Note that is required to lift he head up as you gradually move towards your follow through, after the impact and release of your golf swing.