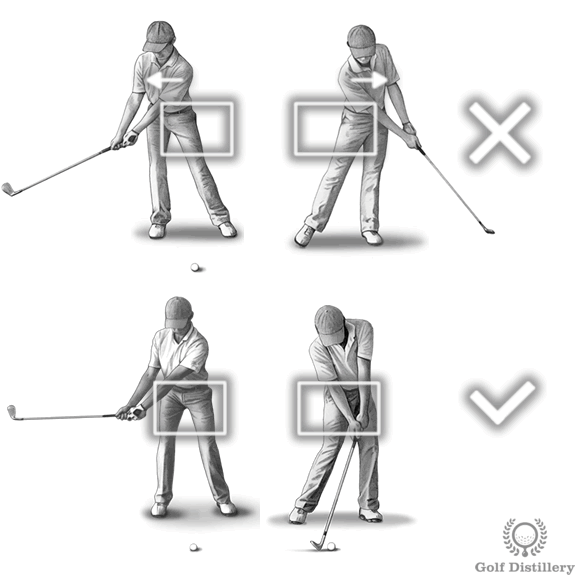 In a better swing, the golfer’s body weight will move back and forth mostly through the rotation of the upper body along a central axis. Essentially, the hips are meant to act as that central axis and the upper body is to rotate on top of them.

While a golfer suffering from the sway will believe he is getting his hips involved in his golf swing, he may not realize that he is not actually turning on top of them. Indeed, he merely is sliding them around.

Failing to coil the hips will make it impossible to fully uncoil them towards impact. This failure to coil/uncoil the hips will translate into an all-arms swing where only the shoulders will rotate, robbing you of considerable power and consistency.

Inconsistency – Bottom of the Swing Arc is Unpredictable 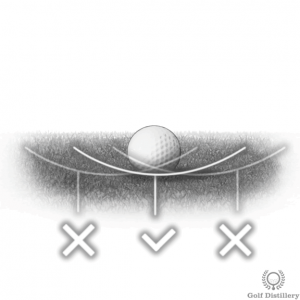 Between the address position and the impact, the ball will not have moved on the ground. Your body however will have, and to great lengths especially if you’re swaying. Being able to consistently bring your club to where it should be at impact is central to a good golf game. Sliding your hips back and forward makes it difficult to achieve this.

Indeed, ideally the bottom of the swing arc should be located just in front of the ball in order to promote pure strikes at the ball. Moving your hips laterally will make it very difficult to reliably position the bottom of your swing arc in that desirable position.

Rotating your hips and keeping them mostly in place will greatly contribute to grooving a reliable golf swing.

How to Fix – Stop – Swaying

Focus on Moving your Weight to the Inside of your Foot 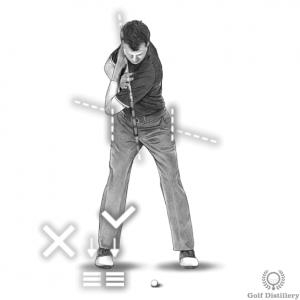 Your body weight should naturally shift towards your back foot when you perform your backswing. But it should do so in a rotated way, not by sliding your hips and weight back.

In order to make sure you are doing this correctly, position your golf club in front of your chest and see that the end of your club points at the ball in what would be your top of the swing position.

To get to this proper position you will need to have rotated your body during your backswing, especially your hips and shoulders.

To control against swaying and to make sure you are loaded for maximum power in the downswing and impact, make sure that your weight is loaded on your instep – the inside of your foot – and not towards the outside of your foot.

Loading your weight on the outside will leave you in a poor position to attack the downswing with any power and may signal that you are indeed swaying.

Lean your Right Knee In 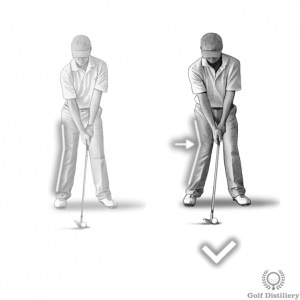 Although swaying can also be found on the downswing only it usually begins during the backswing.

Preventing your hips from moving early in your swing will help in keeping them in place for the downswing as well. And a good way to stop your hips from sliding back is to lean your right knee in.

This small gesture, best executed while setting up or better still as a swing trigger, will essentially lock your right knee in position, forcing your hips to turn instead of sliding back.

Since the hips were correctly coiled back it will be much more intuitive to naturally uncoil them during the downswing as you head into impact with the ball, and to do so without much lateral movement.