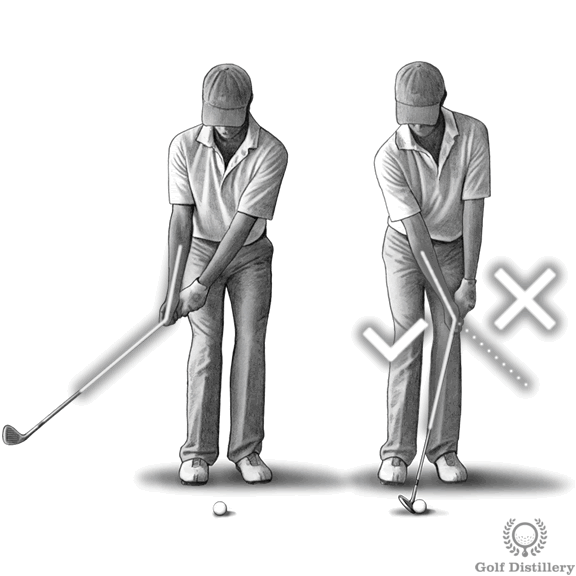 A keen golfer suffering from the yips will lead a most miserable life for as long as he will remain afflicted by this most terrible of swing “diseases”. Indeed, he will no longer exert full control over his body movements and will instead be relegated to that of a passenger in a train headed towards disaster. And to add to the cruelty he will not know in advance when that train will roll off the tracks and destroy his round, leaving him in constant fear.

Technically and tragically, wrists won’t behave as expected when the yips have taken ahold of your body. They won’t keep the hinge at impact when instructed to and they won’t stay reliably quiet in delicate shots such as chips and putts. Instead they will flick at the worst possible times. This is in contrast to a golfer who is confident in the knowledge that he owns the dominion over his body and ultimately its movements.

Why Having the Yips is a Problem

Suffering from the yips can be fatal for a game of golf because it leads to catastrophic shots. It can strike anytime, regardless of the club being used. Indeed, whereas a lengthy distance to the cup can lead to a 3-putt situation at worst, executing a putt with the yips can easily send the ball off the green for any of those 3 putts.

It renders the golfer completely helpless and may lead him to adopt the lifestyle of an alcoholic where the fog of liquor will be sought in order to drown out the pain associated with this problem.

How to Fix the Yips

No cure has yet been found in helping golfers get rid of the yips. However, those who have successfully emerged from it agree on one thing, and that is to never let anyone mention the word “yips” in your vicinity again, for fear that it might creep back into your game. 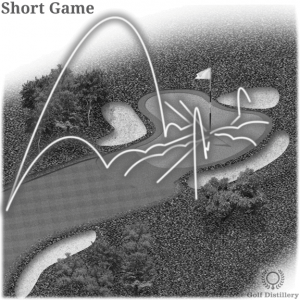 All kidding aside, it is true that there is no consensus on the origin of the yips. But while it can impact all types of golf shots it is normally associated with the short game.

Indeed, shots that require more finesse in the fingers, hands, wrists and arms tend to be the worst impacted by the yips. We are talking here about pitch shots, chip shots, and putts.

While the origin remains unknown we can agree on the symptoms associated with the yips. And that is the involuntary movements that happen during a live swing at a live ball. The typical scenario will see a golfer performing one or two practice swings perfectly fine, only to see the live swing failing to reproduce the movements involved prior.

So for a short putt, whereas a practice swing would show a smooth back and forth motion the live putt would see a jerky motion with the wrists flicking. The consequence is often a closing or opening of the club face and/or seeing the ball rolling off quite a distance past the flag.

How to Try to Fix the Yips

You may want to tackle a yipping problem using a two prong approach, first with a physical approach and then with a mental one.

Starting with the physical approach, it is possible that yips are caused by an insecurity towards the proper technique to master for a given shot. For example, let’s say you are faced with a difficult pitch or chip shot with a lie that makes you doubt how best to proceed. It is entirely possible that this doubt – however conscious – will translate into a less than confident strike at the ball.

So firstly, you must focus on mastering the fundamentals of the type of shot that is most responsible for your yip-related misses. And you can begin by making sure you are using a good golf setup and a proper golf grip.

Secondly you need to consider the mental approach as well. It is entirely plausible that yips are caused by performing a shot while under pressure. As we’ve seen previously, yips normally occur only in live shots at that ball and not during the practice swings that precede them. Consequently, it may be that the pressure of a difficult shot, during a high-pressure match can lead to yipping.

For that aspect of your game, you may then want to try practicing while under pressure. So instead of striking putts on the practice green without a care in the world before a round, try to imagine some high pressure scenarios in your head and really try to hole your putts as you would out on the course. Visit our pages on putting drills and chipping drills for help on that.

In summary, we’re not saying curing the yips is going to be easy, but it is worthwhile to attack the problem by making sure you master the fundamentals of the shots at hand and that you practice those shots while under pressure.