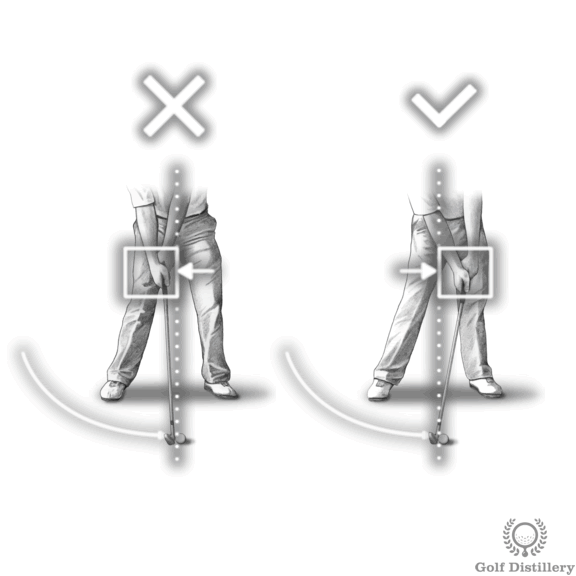 This swing key promotes hitting down on the ball, or in other words compressing the ball at impact, or trapping the ball. This is in contrast to seeing the clubface simply colliding with the ball. Keeping the lag at impact also promotes full shot distance and height, fully letting the loft of the club accomplish its designated purpose.

Golfers who fail to keep the lag will hit thin shots as a results. Those who notice they are releasing early can also benefit from adopting this swing key.

Even if you tried to keep your hands from releasing at impact, the truth is that instinctively your body will not allow for you to miss the ball, for the club to stay above the ball because of the wrist hinge.

Instead, your wrists will release naturally, that is if you were able to maintain the correct hinge position during the downswing.

This swing tip should be incorporated into your entire golf game as it is fundamental to a proper swing.