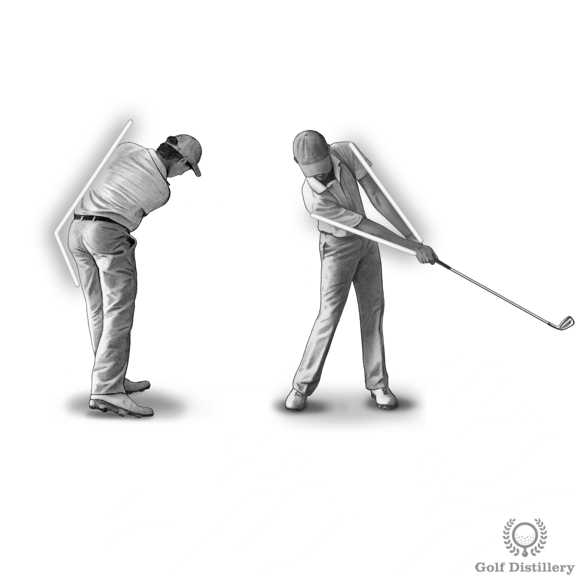 Use the golf tips below in order to improve your release and extension. This part of the golf swing is the one that occurs after impact with the ball and before your follow through.

While this swing sequence does occur after impact with the ball, promoting good form here will require a better form leading up to it and ultimately to a better swing and to better golf shots. It will also save you from quitting the golf swing. 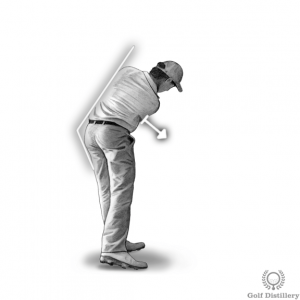 After impact with the ball your first instinct should not be to rise up as this is commonly referred to as the standing up swing error, or otherwise known as lifting your head up. Rather you should aim to keep your spine angle identical to the one set at impact with the ball.

This will protect you from rising your upper body too soon and ultimately from thin shots or slices. In order to help you train your upper body to stay down you can focus on your chest. Indeed, try to keep your chest aiming at where your ball was as your arms move past it. Fight the urge to raise your upper body which would be visible by your chest now pointing up and/or to the left.

Arms are Straight and Hands Extend Away from the Body 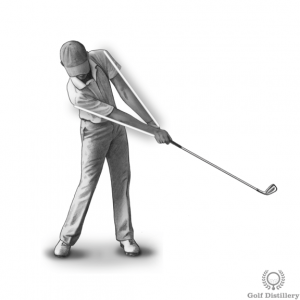 After the club makes contact with the ball your arms should remain completely straight.

Pretend that the club is very heavy in your hands. In fact, it should feel so heavy that the club is essentially pulling your hands towards the target. In doing so it should extend your arms so that they are completely straight, which is why this swing phase is referred to as the extension phase.

Another mental picture to adopt is to imagine that you are throwing the club towards the target after impact. 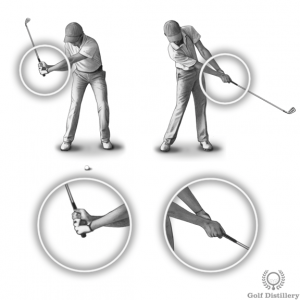 Failure to completely rotate your hands is likely to produce an open clubface at impact. Indeed, if you don’t train your hands to fully roll then the risk is that you stop rotating your hands before impact, leaving your club open to the target and ultimately to shots that begin right of the target.

More on: Impact of clubface angle

You will notice this natural rolling of the hands by looking at which hand is leading the other. During the downswing, the top hand – the one at the top end of the grip – is ahead of the bottom hand, meaning that it is closer to the target. After impact, the rolling of the hands should proceed with your hands switching place. Indeed, your bottom hand should now be leading your top hand towards the target.

Hands Should Release Naturally – Not Too Lazy, Not Too Aggressively 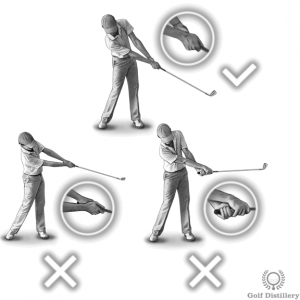 Club Should Circle Around your Body 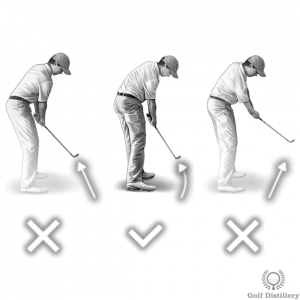 In conjunction with a proper swing path that was set early in the takeaway your club should circle around your body and finish the inside-square-inside club path, which is ideal in most situations. 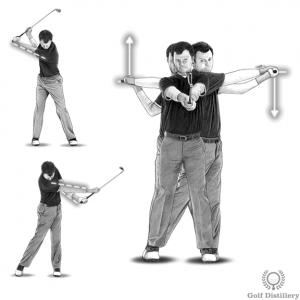