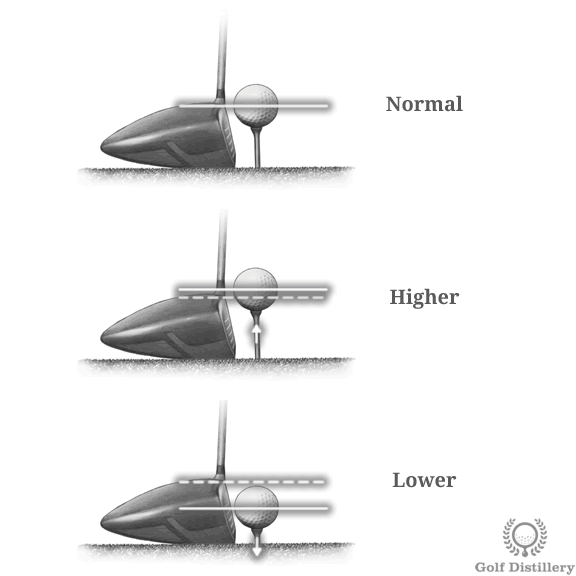 Whenever performing a shot that requires the ball to be held up from the ground, the relative height on the tee – whether it be relatively high or low to the ground – can vary.

Here are the effects of the different tee heights. 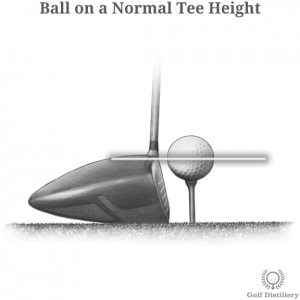 A standard – or normal – tee height position for a ball would be one that sees the ball held high enough from the ground that its equator is at the same height as the crown of the club.

Such a position should maximize the odds of a solid strike at or close to the sweet spot of the club in hand. 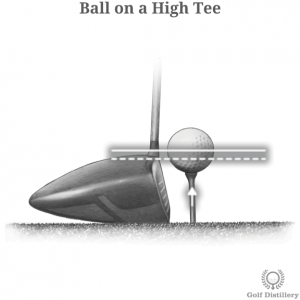 A ball positioned high on a tee is one where the center of the ball is further from the ground than the top of the clubface.

Or in other words, it is one that sees more than half of the ball above the crown of the clubface.

It should be noted that not every tee allows for the ball to be positioned so high from the ground. This is especially true given how modern woods – drivers in particular – feature such large – and high – clubfaces. 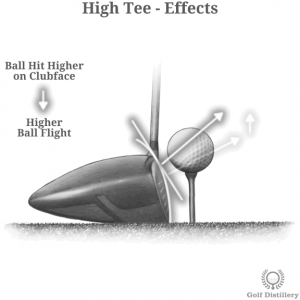 Impact Made on Top Half of the Clubface

Positioning the ball higher on a tee will encourage a strike that sees the club hitting the ball on the top half of the clubface. Because drivers feature slightly rounded clubfaces this will have the effect of more loft being present at the point of impact than otherwise.

This in turn will lead to a higher than normal ball flight, which can be helpful in order to use the effects of a strong tailwind.

Placing the ball so high brings in the risk of skying the ball though, a shot error that see the ball getting stuck by the top edge – or even crown – of the club rather than its actual clubface.

As such, those with a particularly steep swing – or those whose club travels on a high plane – should be careful when adjusting the ball so high on a tee. At the very least, they should make sure to position the ball far enough forward to assure an impact while the club is rising from its lower point in the swing arc. 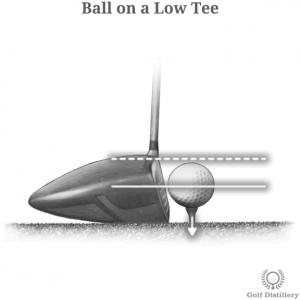 A ball placed low on a tee will be one where the center of the ball is located against the bottom half of the clubface.

Or in other words, it is one where the ball will be at the same distance from the ground than the lower half of the clubface.

In order to produce such a tee height you will need to plant the tee deep into the ground, so much so that only a tiny portion will remain outside of the ground. 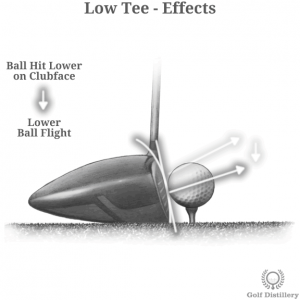 Impact Made on Bottom Half of the Clubface

Positioning the ball low on a tee will likely translate to the ball being struck by the lower half of the clubface. Because drivers feature slightly rounded clubfaces the loft found there will be at its lowest, which will send the ball on a lower ball flight.

It can be useful to position the ball thusly in order to negate the effects of a strong headwind.

You should be careful and note that placing the ball so low to the ground can lead to skulled shots where the ball will be caught by the leading edge of the club.

In order to mitigate that risk you should position the ball not as far forward as you normally would, which should help hitting the ball flush on the face of the club. 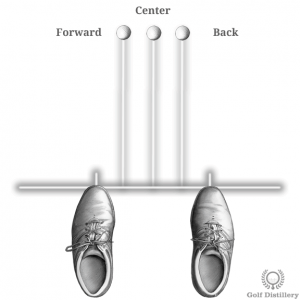 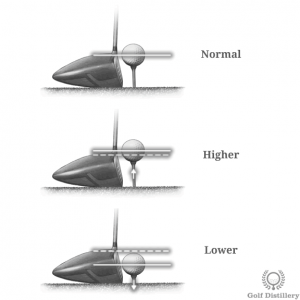 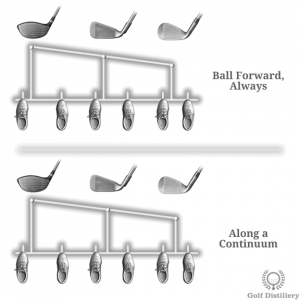