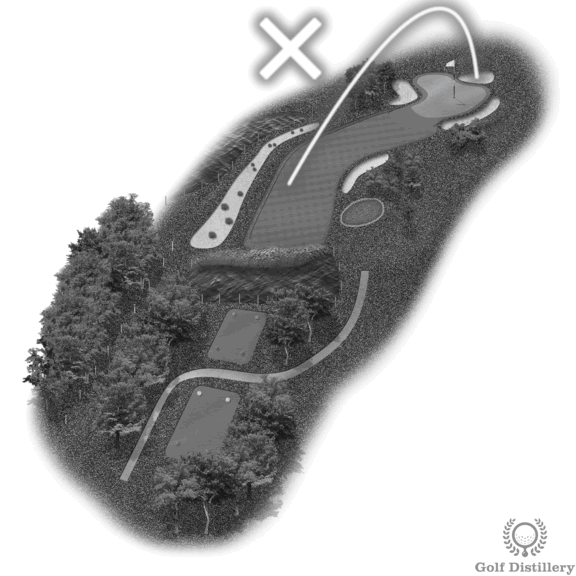 In golf overclubbing happens when a golfer uses a club that makes the ball travel further than the distance to the target. Indeed, each club in a golfer’s bag has a distinct loft and shaft length combination that sends the ball over a given distance. Generally, longer clubs will send the ball over longer distances that shorter clubs will.

A golfer who is said to have overclubbed will have chosen a club that produced a ball flight and overall distance that was over what was required for the shot to reach the target. And because the ball will miss the target, coming to rest beyond, it is considered a golf shot error that should be avoided.

There are several ways that can lead a golfer to misjudge the club required for a shot and to overclub as a result. The following lists lie condition factors that can lead to these mistakes.

The section following that one will list the golf shot errors that result in a ball coming to rest beyond the target.

Is the green located below you? 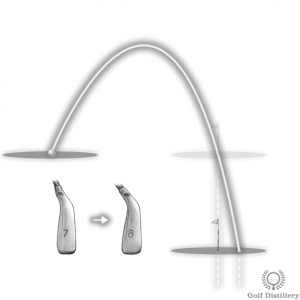 Overclubbing can come as a result of a difference in altitude between the green (or target) and the spot from where the ball is hit.

Specifically, it can happen when the green is located below you. Yes, sometimes greens can be located on grounds that are much lower than the ground from where the ball is hit. Failure to adjust to these differences in altitude can lead to overclubbing issues.

The simple fact that the ball will be in the air longer when the green is located lower will result in the ball going further.

FIX: Club down when the green is located way below you

Some situations will call for an adjustment of several clubs while others will only require slight swing tweaks. Making the right judgment call will come with experience and is part of the journey.

Is the wind blowing behind you? 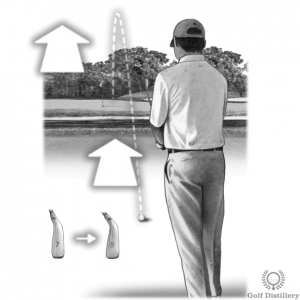 There are so many factors that come into play during the course of a round of golf that it is very easy to forget the most obvious ones, such as the wind conditions.

Quite simply, a strong wind that blows behind you can easily be responsible for the ball landing over the target on the green. Golfers need to judge wind conditions before every shot as the severity of the wind factor can fluctuate during the course of the round.

Furthermore, the direction of the wind will also vary greatly from shot to shot as golfers navigate their rounds over 18 holes.

FIX: Club down when the wind is blowing hard behind you

Is the ball hit from the rough? 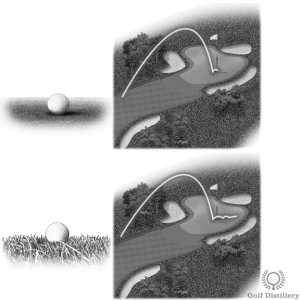 Golfers generally know how far each club will send the ball because of experience and oftentimes because of feedback obtained at the driving range where yards are clearly marked.

The direction of the grass blades can further enhance this phenomenon. If the ‘grain’ of the grass flows towards the target, then the club will have no trouble travelling towards the ball, which should go the full distance and roll upon landing.

FIX: Plan for a shot that won’t feature as much backspin when hitting from the rough

Therefore, it might be a good idea to aim in front of the pin rather than at it directly when hitting from the rough.

Will you draw or hook the ball? 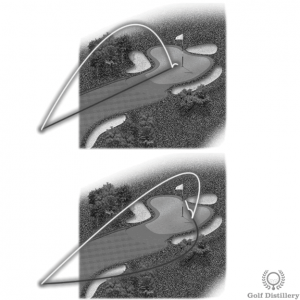 One of the features of a draw or hook ball flight – right to left spin – is that the ball will tend to travel further upon landing than for other ball flights. Failing to recognize that association can result in overclubbing.

On the other hand, a fade or a slice ball flight will produce the opposite result of a ball that will roll less upon landing. Knowing which ball flight you produce is critical in your club selection and failing to adjust to them can lead to distance issues with your clubs.

FIX: Plan for the ball to roll longer for draws and hooks

In addition to rolling forward more the balls will tend to roll to the left, matching the right to left in-flight path.

Do you change balls during a round? 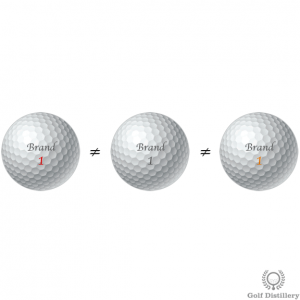 Some balls are softer than others and generally speaking a harder ball will travel over a longer distance than a softer ball will.

If during the course of a round you end up losing a ball – after hitting it in the water or hitting out of bounds – and you switch to a different ball type then it may help explain your overclubbing issues. That’s right, finding a ball in good condition and using it without checking its model can lead to a change in distance if the ball type is not the same as the one you normally use.

FIX: Don’t change ball types over the course of a round

Or if you do, account for the difference when selecting your clubs.

Is it warmer outside? 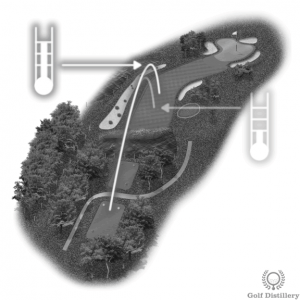 These changes can occur slowly over the seasons with balls travelling furthest during the summer months but they can also occur during the course of a single round if dramatic temperature changes do occur.

FIX: Remember that balls travel longer in hot temperatures than in cold

Did you hit it thin? 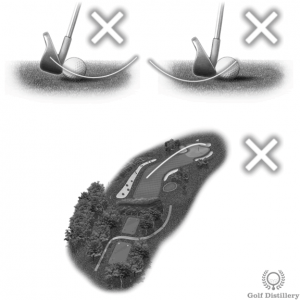 While the previous situations dealt with factors that could lead you to using the wrong club for the shot at hand, factors other than judgment errors can still explain why your ball flew past the target.

Hitting the ball thin will often result in a ball coming to rest past the target and essentially in an overclub situation.

This happens because the ball travels lower in a thinned shot than it does in an otherwise normal shot. Upon landing, a ball hit thin will tend to travel further and as a result can very well travel past the target.

FIX: Focus on getting a clean contact with the ball

More on: How to fix thin shots