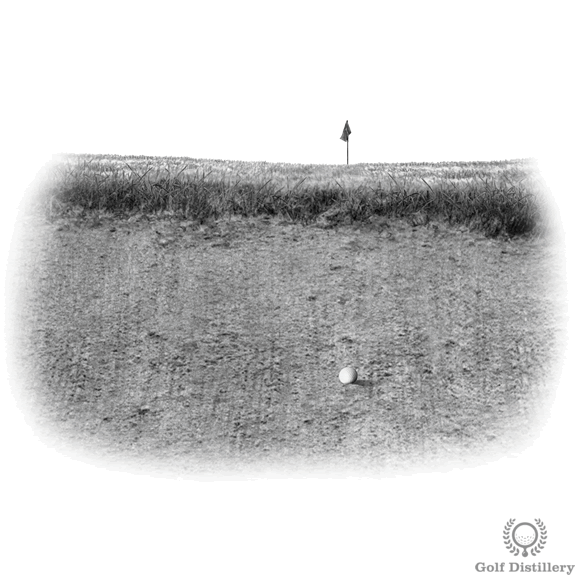 An upslope bunker lie can occur when the ball rolls up the inner side of the bunker and comes to rest in an elevated position. This is in contrast to normal situations where the ball would roll back and come to rest at the bottom of the bunker, in a flat area.

If the ball comes to rest on the opposite, inner side of the bunker then you will be faced with a downslope bunker shot.

Wider Stance to Stay in Balance

When faced with an uphill lie bunker shot one of the first challenges you will encounter is finding your balance.

In order to help you stay in balance throughout your swing you should widen your stance, positioning your bottom foot down enough until you find yourself comfortable and stable.

Tilt Body So Spine is Perpendicular to Ground 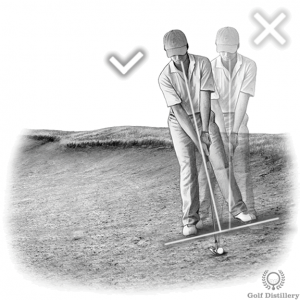 Another challenge you will face with an upslope bunker lie is making sure your setup position allows for your clubhead to slide underneath the ball.

This is in contrast to digging right into the slope of the bunker and getting stuck there, never reaching the ball. To counter this, try to tilt your body sideways until your spine is perpendicular to the slope, or as close as can be.

This setup will match the one you are accustomed to and will allow for the club to make its way through the sand, under the ball.

Don’t Involve Your Lower Body Too Much 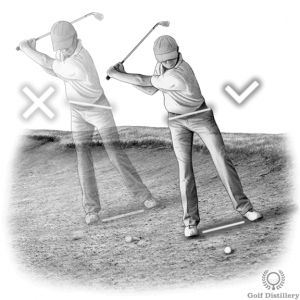 In order to make sure you stay in balance throughout your swing you are advised not to involve you lower body too much in the swing.

Rather, aim for an all arms swing keeping your lower body stable and acting as support for your swing.

Aim Close to the Flag 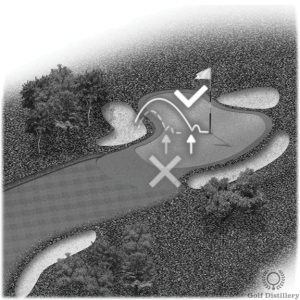 Because of its position on the upslope that acts as a launching pad, the ball should fly higher than normal and won’t roll as much upon landing on the green.

As such, feel free to be more aggressive and aim to land the ball closer to the pin than you normally would. 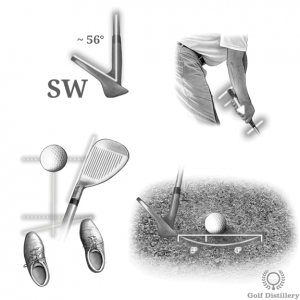 Other than the modifications proposed above, use the same setup that you would normally use and no longer fear the upslope bunker shots.