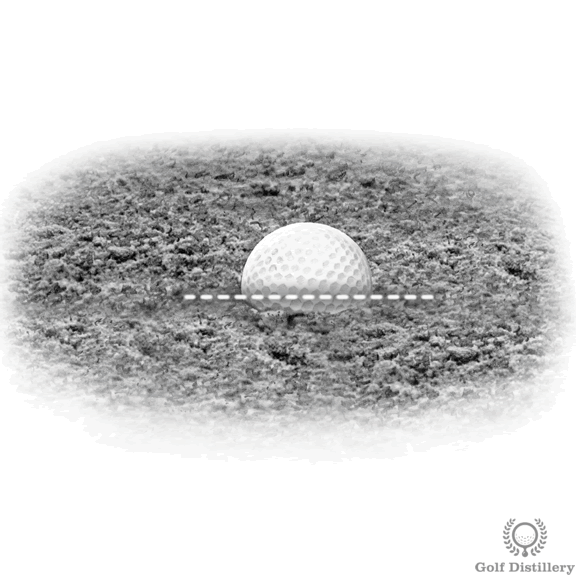 From time to time you will find yourself in a situation where the ball will land in a greenside bunker but plug into the sand slightly. This is in contrast to what usually happens, where the ball hits the sand and rolls a little distance from the original point of impact, giving you a nice clean lie.

The fact that the ball dug into the sand means the ball sits deeper into that sand than usual, requiring some adjustment to your typical bunker shot that are explained below.

Ball sits lower in the sand than normal

Clubface Square to the Target; Not Open 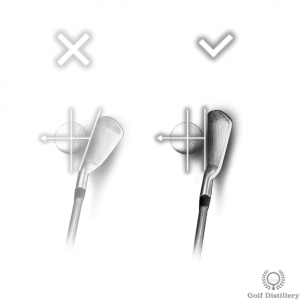 A typical bunker shot would require you to open the clubface while setting up. This is not the case for plugged lies such as this one. Instead, position your club inside your hands so that the clubface is square to the target.

This will allow the club to dig a little more into the sand, rather than nicely bouncing up which in this case could result in your club hitting the ball directly.

This is due to the fact that the ball is sitting deeper into the sand than it normally would be.

Grip your Club Tighter Than Usual 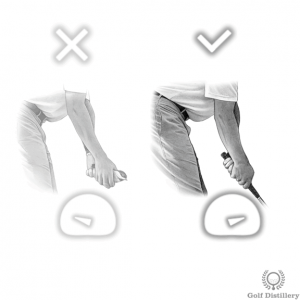 A plugged lie bunker shot requires an aggressive swing at the ball.

Indeed, only an accelerating swing will have enough power to dislodge the ball from its location and fly onto the green. As such, it is advised that you grip your club a little tighter than usual.

This will help prevent the club from twisting in your hands as it penetrates the sand under the ball. 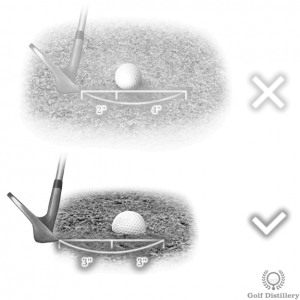 In order to make sure the club will still travel underneath the ball rather than striking it directly aim to hit the sand around 3 inches behind the ball.

This is in contrast to the 2 inches target that is usually associated with a typical bunker shot.

Go for a Full Aggressive Swing 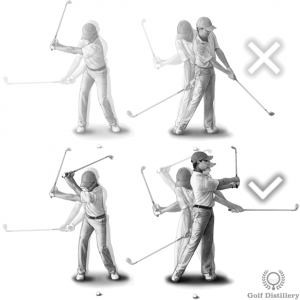 In order to promote an aggressive and accelerating swing approach the shot with the objective of a full backswing and a full follow through.

In some circumstances it is quite possible that the resistance of the sand will not allow for a full follow through. But still, aiming for one will help make sure your swing accelerates into impact and gets the ball out of its location and onto the green.

Aim Short of the Hole; Ball Will Roll Some Distance

While you normally may be able to get the ball to check upon landing or even to spin backwards don’t expect this to happen with a plugged bunker shot. Rather, in these instances the ball will tend to roll more than it normally would.

As a result aim short of the pin if the situation allows for it and watch the ball roll towards the hole. 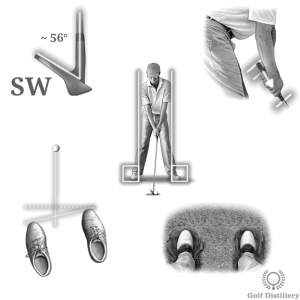 Other than the modifications proposed above, use the same setup that you would normally use and no longer fear the plugged lie bunker shots.