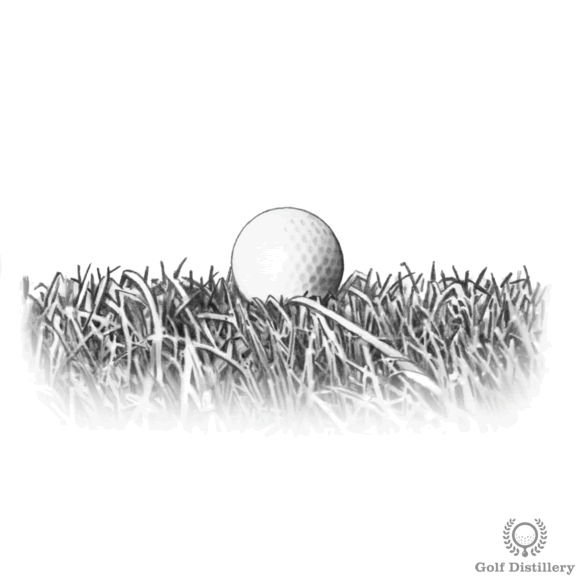 (Sitting Up, With the Grain)

Follow these steps to make sure you get the full distance out of hitting a ball that is sitting up in fluffy rough.

Good contact with the ball while avoiding seeing the clubhead travel underneath the ball. 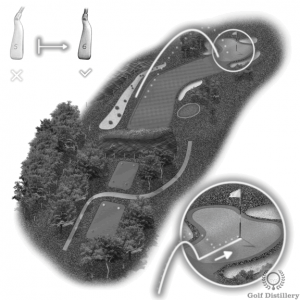 As is the case whenever hitting from the rough (of any type) it is hard to exert a lot of backspin onto the ball, especially when it is sitting up.

In contrast to a ball that lies on the fairway, the clubface here can’t trap the ball against the ground because the ball is held up from the ground by the fluffy rough.

That means the ball will fly out without much backspin and will roll a good distance upon landing.

For that reason, aim for the front of the green and take one less club that you normally would.

Position the Ball in the Center of your Stance 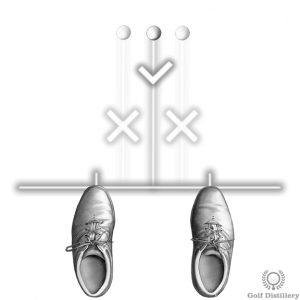 In order to promote a crisp contact, position the ball in the center of your stance.

This is in contrast to placing it too far forward, or too far back.

Aim to hit the ball on the sweet spot in order to get the full distance out of your shot.

Grip Down on your Club a Little 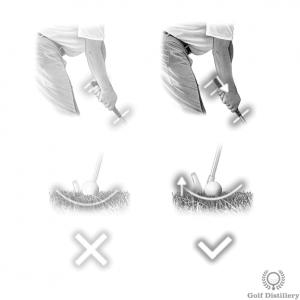 A further way you can protect yourself from seeing the bottom of the swing arc below the ball is to grip down on your club a little.

Doing so will raise the bottom of the swing arc, helping counter the fact that the ball is located a little higher than your feet, thanks to its cushion of fluffy grass.

So position your hands slightly down from where they would normally be on your grip and aim to catch the ball cleanly, without going below.

Favor a Flatter Swing Rather than a Steep Swing 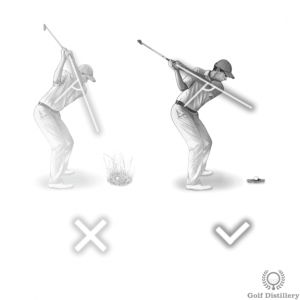 Finally, if at all possible you may try to modify your swing plane. Some circumstances call for a swing to be steeper than normal, such as hitting from tall grass. However, in this fluffy lie situation a flatter swing is recommended instead.

Doing so will help shield you from coming in too steeply which could see your club travel down towards the ground and away from the ball that is sitting up.

A flatter swing will help catch the ball cleanly, even from its elevated position. 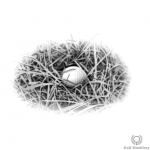 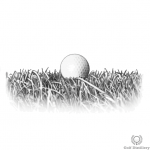 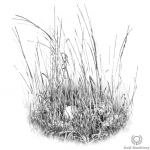 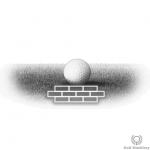 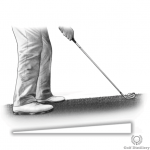 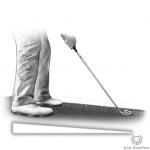 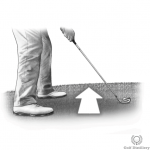 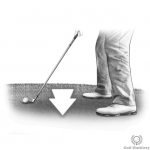