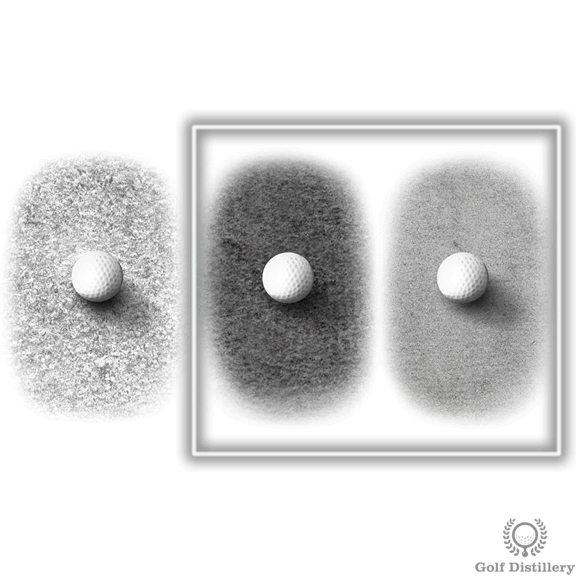 These particular lie conditions require some adjustments to your typical bunker shot.

Use the illustrated step-by-step instructions below to escape wet sand reliably.

Wet sand is compact and heavy 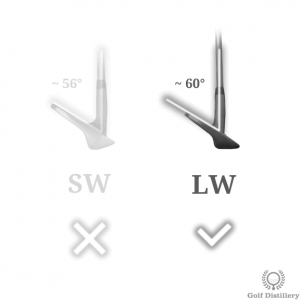 Instead of using a sand wedge as you normally would use a lob wedge when the sand is wet (if you have one).

The lob wedge has more loft – at around 60° – and usually features less bounce than what would be present on a typical sand wedge (golf terms). The higher loft will help send the ball on a higher ball flight and the less pronounced bounce will prevent the club from skipping atop the surface of the wet sand. Indeed, wet sand is more compact which means you’ll want to protect yourself from the possibility that the club will literally bounce off the surface of the bunker and hit the ball thin as a result.

When the sand is wet you want your club to dig in a little. 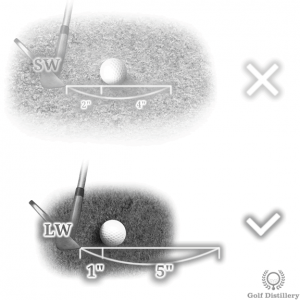 Instead of trying to get the club to penetrate the sand some 2” behind the ball as you would in a normal bunker shot you will want to aim 1” short of the ball when hitting shots from wet and compact sand.

Because of the difference in the condition of the sand the objective here is not so much as to plow sand underneath the ball but rather to clip the ball up and out of the bunker.

Skim the Sand; Don’t Plow into it 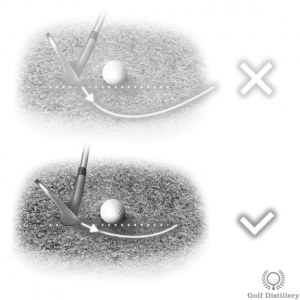 The lob wedge that you chose for this shot – through its less pronounced bounce – will tend to dig into the sand more than your sand wedge would.

So instead of trying to plow the sand with the club as you normally would, try to skim the surface of the sand instead.

Doing so will allow for the club to dig a little into the sand but not too much, preventing the club from digging too deep, losing steam, and seeing the ball stay in the bunker. 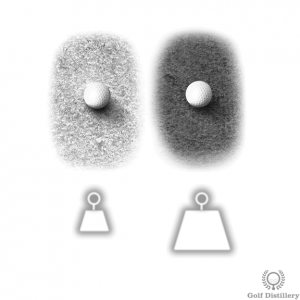 While it applies for fluffy sand as well, it is crucial that you accelerate into the shot.

Being tentative instead of aggressive might result in your club losing steam as it penetrates the wet and heavy sand, and ultimately in a ball that doesn’t travel far enough to escape the bunker. 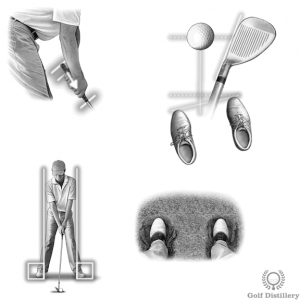 Otherwise, use the same setup that you would normally use for a regular bunker shot.