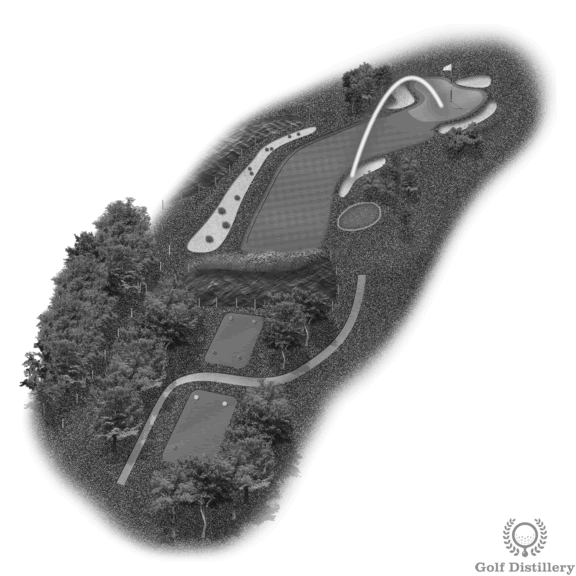 While a fairway bunker shot will also feature a sandy lie the similarities to a greenside bunker shot end there. Indeed, the difference in distance to the hole means you can’t simply blast your way onto the green from 150 yards like you would if you were greenside.

Hitting the sand first will rob you of considerable distance

Use One More Club 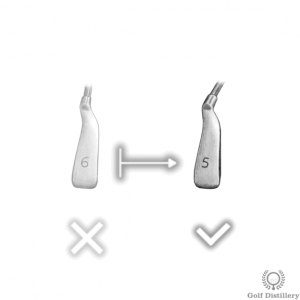 You’ll see below that you’ll take steps to try and avoid hitting the ball fat, and in doing so will produce shots that won’t go the full distance.

In order to counter those preventive measures make sure to “club up” and use one more club than the distance would normally call for. So if you were a 6-iron distance away from the green then use a 5-iron for your shot from the fairway bunker.

Of course, this assumes that the club you select can produce a shot that clears the lip in front of you. If not, then you are looking at laying up.

Choke Down on your Club 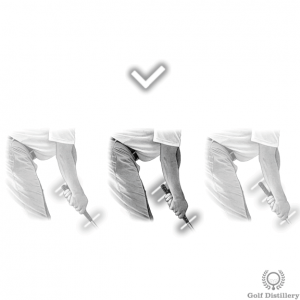 The main pitfall associated with hitting from a fairway bunker is hitting the ball fat and seeing the ball landing short of the target.

In order to protect against that make sure to grip down on your club by holding it in the middle of the grip (rather than at the top).

Doing so will promote a bottom of the swing arc that is slightly higher than normal.

Don’t Dig your Feet In

While digging your feet in the sand is generally recommended for greenside bunker shots you’ll want to do the opposite here.

Try to float on top of the sand rather than digging in and protect yourself from fat shots in doing so.

Ball in the Center of your Stance (or Slightly Back) 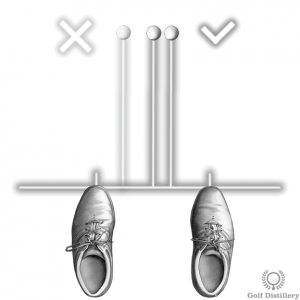 Again, in order to promote a shot that sees the club striking the ball first rather than digging into the sand first, position the ball a little back in your stance than it normally would be.

So if you’re using a long iron don’t position the ball forward in your stance as you normally would. Instead, position it in the center, or even slightly back.

Aim to Hit the Equator of the Ball 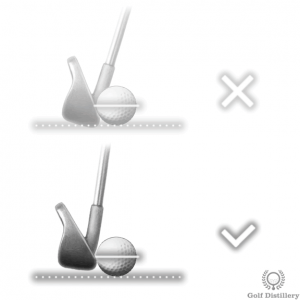 Now that you are set up for the fairway bunker shot, it’s time to execute the swing.

Aim to hit the ball a little thin, or near the equator on the ball. This is in contrast to the clubface hitting the ball inside its sweet spot or high in the grooves.

If you don’t adjust your aim you most likely will produce a shot that sees the leading edge of the club dig into the sand before the clubface makes contact with the ball. Sand will slow the club noticeably and the ball won’t cover the full distance and won’t reach its intended target.