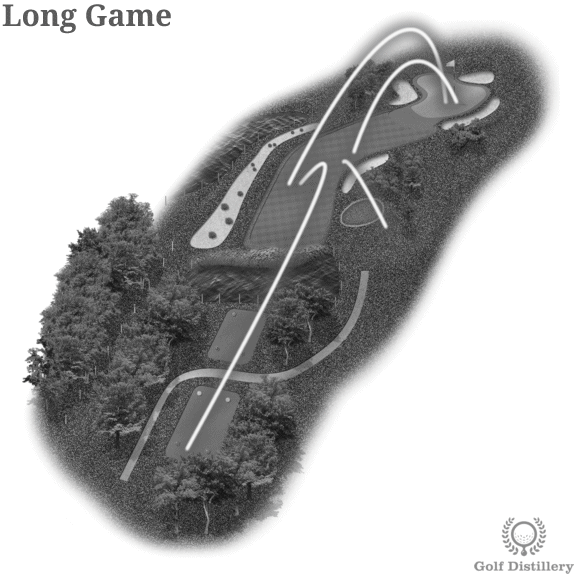 A golfer with a good long game will hit the ball far and with good accuracy. Such a golfer will also excel at hitting long irons and fairway woods and will be able to hit the green in regulation reliably.

The following terms refer to shots that belong to the long game category and are defined below: 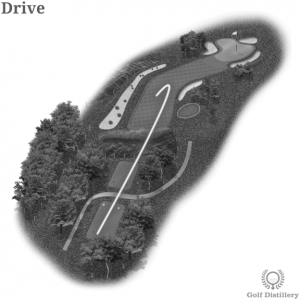 A drive corresponds to any shot that is executed from the teeing ground. In other words, it is the first shot that a golfer will hit on any given hole.

Although a golfer will often use a driver for his first shot on a hole drives also refer to shots made using a different club, as long as it is hit from the tee box. For example, a strike from a 7-iron on a par-3 will also be considered a drive.

More on: How to increase driver distance 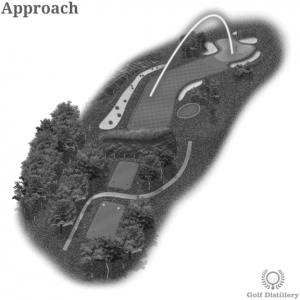 An approach shot is executed whenever hitting the ball from a fairly long distance with the intent of seeing it come to rest on the green.

Approaches occur when the length separating the ball from the green can be traveled using only one shot.

On a par-5, the classical procedure in order to make par would be to hit an approach on your third shot. On a par-4 it would be made on your second shot and finally on a par-3 the approach is executed on your very first shot, from the teeing ground. 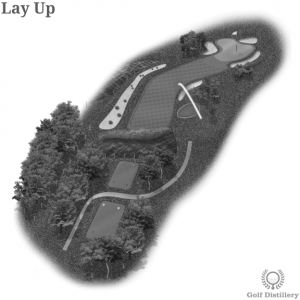 A lay up consists of a relatively safer shot that is hit by a golfer who wants to avoid trouble. For example, a golfer can elect to lay up from the woods when the direct line to the green is blocked by trees. In this case, he may opt to lay up instead by hitting a short distance shot onto the fairway and in the process gain a direct line to the green for his next shot.

It can also refer to a golfer that will hit a shorter shot than normal so that a known, easier distance remains outstanding, e.g. 100 yards from the green instead of 65 yards. 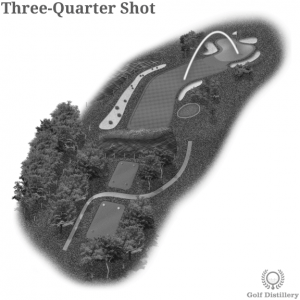 A three-quarter shot is executed when a golfer restricts the length of his backswing to 75% of its full swing amplitude.

That shot is often used when golfers find themselves inside the distance of a full swing using their shortest clubs. Indeed, the shortest club in a bag – a wedge – hit using a full swing will travel close to one hundred yards.

A golfer located 50 yards from the green will have to alter his swing in order for the ball to land near the target area, and not 50 yards past it. 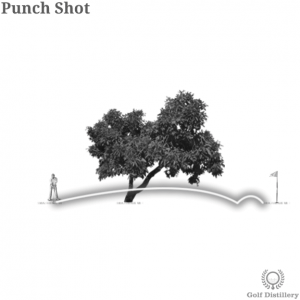 A punch – or a knockdown – is a type of shot through which the ball is not allowed to climb as high as the loft of the club would normally send it.

These shots are performed for a variety of reasons, notably to get the ball to travel underneath a low hanging branch or to diminish the effect of strong winds, for examples. In the latter case, because the ball stays closer to the ground than it normally would, strong wings can’t exact as much influence on the ball.

More on: How to hit low golf shots 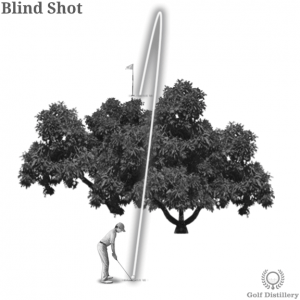 A blind shot is executed when the golfer hits his ball without having the luxury of seeing the intended target from his location. In these cases, prior to hitting golfers will walk up to a position from where they can observe the target and will try to isolate an object higher up (e.g. a specific tree) that will act as a reference and be visible still when setting up for the shot.

For more dramatic blind shots that are built into the course design the green committee may opt to offer a guide to golfers in the form of a tall stick planted in the ground. This stick will provide golfers with clear indications as to where the ball should be headed.

More on: How to hit a golf shot over a tree