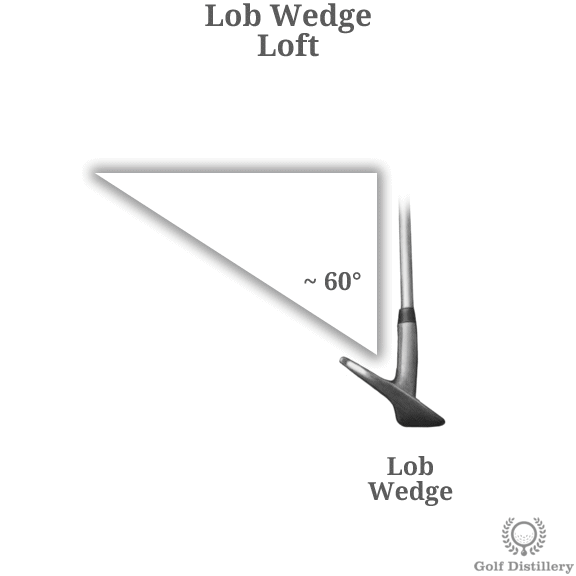 A type of wedge with a loft angle of approximately 60 degrees. If a golfer has one the lob wedge will usually be the highest lofted of his golf clubs. As its name implies, the lob wedge is particularly well suited for lob (flop) shots that send the ball on a very high trajectory in contrast to the relatively short horizontal distance traveled.

A golfer may hit a flop shot when he finds himself close to the green and is looking at a fluffy lie that allows for the trailing edge to go underneath the ball. Using his lob wedge and a full swing will allow the ball to travel very high and roll a relatively short distance upon landing.

A lob wedge can also be used for other types of short game shots. Indeed, it can be used for short chip shots off the green when very little green is available between the pin and the ball. A chip with a lob wedge will see the ball travel relatively high and land softly without much roll.

What degree is a lob wedge?

A lob wedge will usually have a loft angle (degree) of around 60°. In contrast to a sand wedge, a lob wedge will have a reduced bounce angle profile which will allow the club to slide under the ball, rather than bouncing off of the ground.

Related Golf Tip: How to Hit a Flop Shot