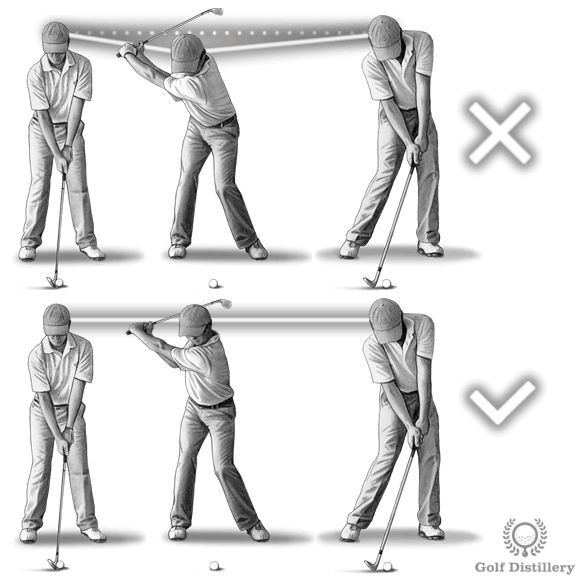 The failing to maintain your spine angle swing error is just that. It is a feature of a golf swing where the spine angle, first set at address, is allowed to be altered as the swing progresses through the backswing, downswing and/or at impact. This is in direct contrast to a better swing that sees the spine angle kept mostly intact all the way through impact, after which the golfer is finally allowed to gradually rise up during the follow through. 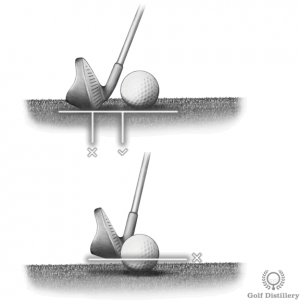 The main issue with failing to maintain the spine angle is that it alters the path the club will follow. Instead of seeing the club rising during the backswing and coming down during the downswing in what could be described as on plane, modifying that spine angle will throw the club around and out of that plane. Ultimately, this failure in keeping the angle still will lead to inconsistent shot making, where the golfer will have a difficult time grooving a consistent club path. At the very least, it will make it more difficult to do so than a stable spine angle would. Specifically, rising at impact will lead to thin shots whereas lowering your upper body will lead to fat shots.

How to Maintain your Spine Angle

Head Against the Wall Drill 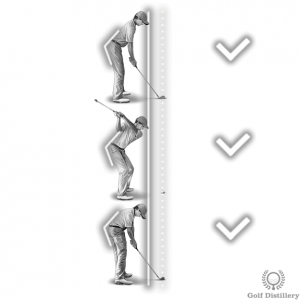 A good drill in helping to maintain the spine angle is to imagine your head is leaning against a wall at address. The objective of this drill is to try and maintain contact between your head and that imaginary wall against which it is resting. Focusing on this will help set your spine angle in stone – more or less – and will help prevent you from lowering your body during the backswing/downswing and will help prevent you from rising as you head towards impact. Indeed, if you were to lower your upper body during the backswing, your head would ‘crash’ through the wall. On the other hand, if your upper body was to rise at impact, contact between the wall and your head would not be maintained.