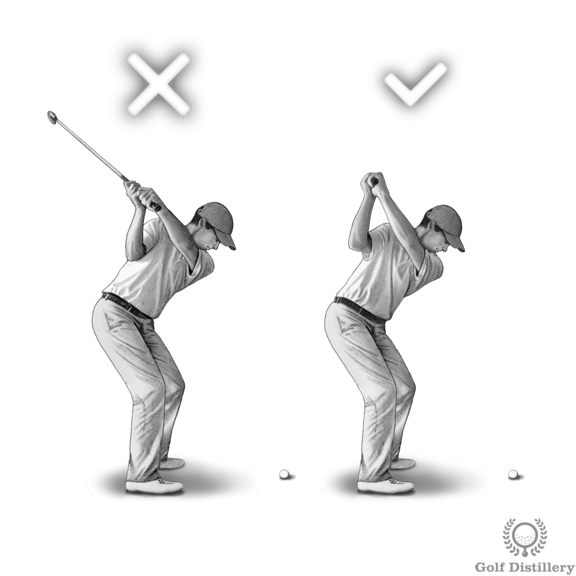 Follow the tips below to learn how to get rid of a laid-off club position problem.

What is a Laid-Off Position?

Short of the Target Line

As was the case with the across the line swing error, the laid off position needs to be viewed and understood in contrast to the ideal top of the swing club position. Imagine a line linking the ball with the intended target. Now imagine another line linking the toe end of your shoes. In a square stance those two lines would be parallel.

Ideally, at the top of the swing the club should be pointing straight ahead at the target and that line would also be parallel to the previous two.

Being in a laid-off position simply means that your club stopped short of reaching that desirable, ‘on-line’ position.

Getting Stuck in the Backswing 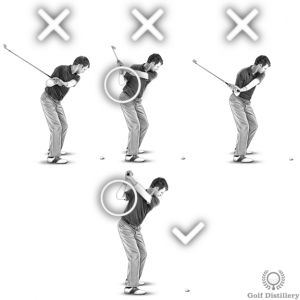 This often happens because you brought the club too much inside during the takeaway. Such a takeaway might not allow you to take your club up for a full swing, stopping the backswing short which is robbing you of distance.

Ultimately, coming in with a too severe inside-out club path towards impact makes hitting a straight shot impossible. Instead, you’ll need to juggle between a draw, a push, or a hook.

How to Fix a Laid-Off Top of the Swing

Go Back Square and Create Space Under your Right Elbow 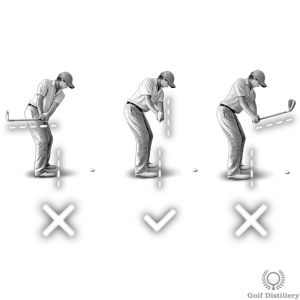 In order to make sure you don’t become restricted at the top (and get into a laid-off club position) you need to make sure that you bring your club out initially through a square takeaway. Indeed, bring your club back initially by rolling your shoulders and see that the shaft of your club – when it is parallel to the ground – points straight ahead at the target.

Failing to bring your club back correctly will likely lead to a swing that is too handsy, or one that features too much forearm rotation.

Indeed if you bring your club too far outside (for an outside takeaway) that means you were too handsy and did not allow your shoulders to simply roll back. On the flip side, if you brought your club too far back inside it means that your takeaway featured too much forearm rotation.

Finally, to make sure your backswing allows for a correct top of the swing club position take note of how your right elbow is positioned. 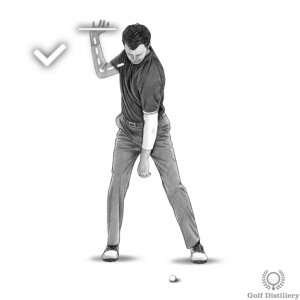 Ideally, you want to adopt a position similar to that of a waiter holding a tray at a restaurant. In this ideal position, your right elbow features an angle that is close to 90 degrees. In this position, bringing the club on-line with the target becomes easier.