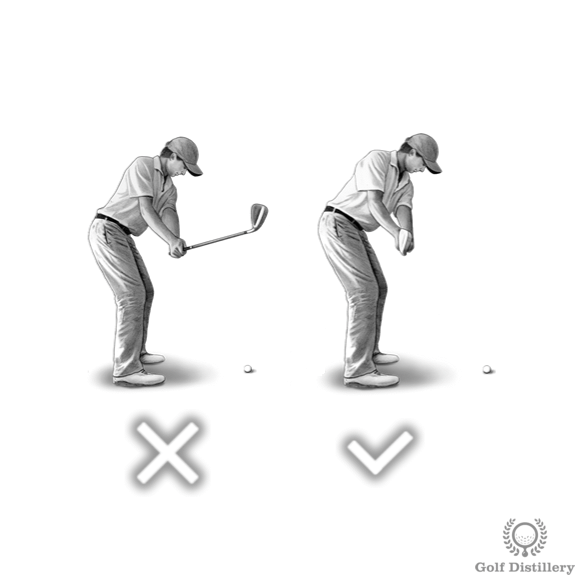 Taking the club up correctly during the first phase of the golf swing – during the takeaway – is fundamentally important for the quality of your golf shots. Not because the ball cares about how your club moved away from it but because taking the back in the proper way will help put your club on the right path so that it can descend correctly during the all important downswing. And that’s when and where the magic happens, when the club actually strikes the ball at impact.

Follow the tips below to make sure you are not taking the club up incorrectly for an outside takeaway and for tips on how to fix this swing error.

What is an Outside Takeaway?

Outside of the Target Line 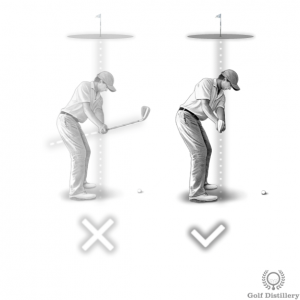 In order to define an outside takeaway we must first determine what a typical, on-line takeaway (or square takeaway) looks like. So if you were to bring your club up and stop when the shaft is parallel to the ground, you’ll want to take note of a few things.

Firstly, the shaft of the club should be pointing straight ahead, at the target. Secondly, in this position the clubhead should also be blocking your hands if you were to place a camera or a mirror behind the ball.

In contrast, an outside takeaway will see the shaft of the club pointing to the left of the target. Your hands will not be blocked by the clubhead since that part of the club will be situated outside of where it would normally be, hence its ‘outside’ determination.

Problems Associated with an Outside Takeaway

Leads your Club on the Wrong Path 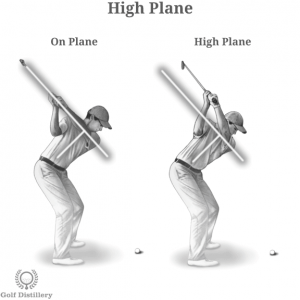 Typically, a golfer who suffers from this outside takeaway swing error will see his hands and arms being too active during this stage of the swing. Indeed, taking the club up with your wrists can push the club out away from you. Likewise if you were to lift your club up using your arms, where the clubhead will be pushed away from you.

There are a few problems associated with an outside takeaway. For one, golfers will generally adopt a swing path that is too steep. Or secondly, their top of the swing position will see the club going too far back, where it will go past parallel and point at the ground instead of the sky slightly.

Thirdly, golfers can notice how vertical and high their hands are at the top of the swing and try to correct this position by dropping their hands too much during the downswing. This results in a swing path that sees very different arcs between the one going up and the one going down.

How to Fix an Outside Takeaway 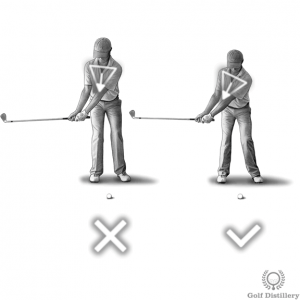 In order to fix your outside takeaway, focus on rolling your shoulders back instead of lifting your club up with your arms and wrists.

Yes, the initial part of the swing should see your hands and arms staying very passive, becoming involved only later in the swing during the backswing.

Indeed, start involving your wrists and arms only after the club shaft has moved past the parallel to the ground position.