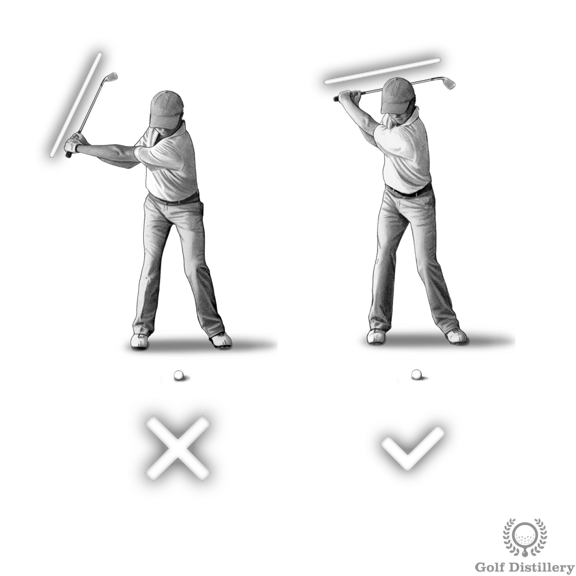 A lot is said about an over swing and its negative impacts on your golf game, but what about the flip side of that swing error, the (too) short swing? Indeed, a lot of golfers limit the scope of their backswing in order to gain in control. But they do so at a significant cost to their shot distances, making long par-4s difficult to reach in two, and par-5s very difficult to reach in three shots.

Follow the tips below in order to see if you are one of those golfers with a swing that is too short and for tips on how to broaden your swing amplitude and fix that swing error.

What is a Short Swing?

Club Points to the Sky at the Top 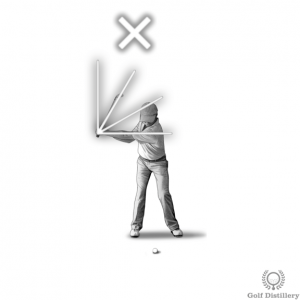 A short swing can be seen through the backswing, where the hands are restricted from going all the way up to what would be a typical top of the swing position. In that typical backswing, the hands move up and your wrists hinge in a way that positions the shaft of the golf club between what would be 2 and 3 o’oclock on an imaginary clock.

In contrast, a short swing will see the shaft of the club failing to reach that 2 o’clock mark, oftentimes failing to even reach the 1 o’clock or noon mark. At that position, the club is barely past being perpendicular to the ground.

Golfers often resort to shortening their swing hoping that the distance they give up will reward them with a better control over the golf ball and its trajectory.

While it is true that distance is often gained while giving up some level of control it can prove hard to go through an entire modern golf course and reach the par-4s or par-5s with a chance for par. That is of course unless you play from much shorter tees, but even then you will face approach shots with longer clubs that you would otherwise need.

How to Fix a Short Swing

Involve your Hips and Shoulders

In order to gain distance and reach those long par-4s or 5s, you will need to increase your clubhead speed. And if you are using a too short swing, you can easily accomplish this by lengthening your backswing. In doing so, you will create a longer run-up, where the club will be able to accumulate more speed and in the process will get to store more power.

You need to be careful not to broaden your swing too much though. Indeed, there comes a point where the extra distance gained – through widening your swing amplitude – will not be enough to compensate for the loss in control. In that sense and generally speaking, you will want to avoid seeing the shaft of the club go past parallel to the ground at the top of the swing. 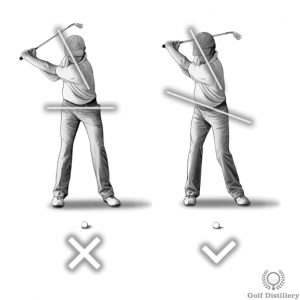 You will also need to be mindful that you are broadening your swing through the rotation of your shoulders and hips, not through your arms alone.

Indeed, swinging using only your arms is another swing error covered in this section, called the all-arms swing that is best avoided.

Such a swing will not allow you to gain the full clubhead speed and only after involving your whole body will you see your shots gain the full distance being sought.